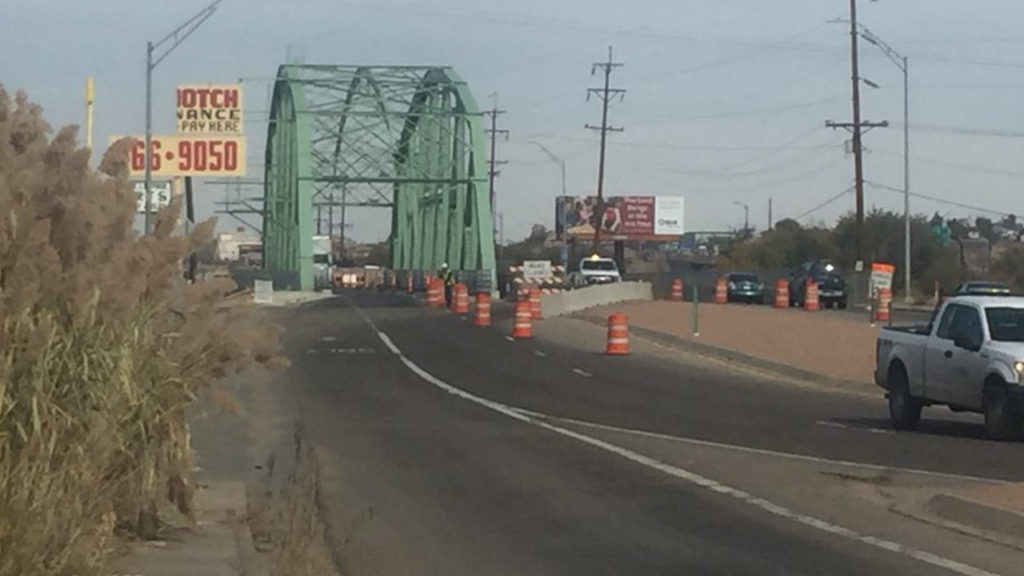 Police said they received a call around 10:30 a.m. about a man acting erratically on the bridge, disrupting traffic.

Police told News 5 Photojournalist Carl Winder that the man pulled a knife, causing a construction worker to trip and fall down. That’s when police said the suspect stabbed the worker.

Police tracked down the man near the intersection of Santa Fe Ave. and Moffat Street, where he was arrested. The suspect’s name has not been released.

Police said they don’t yet know the condition of the construction worker.