Shelter in place alert canceled for neighborhood near Chelton and Galley 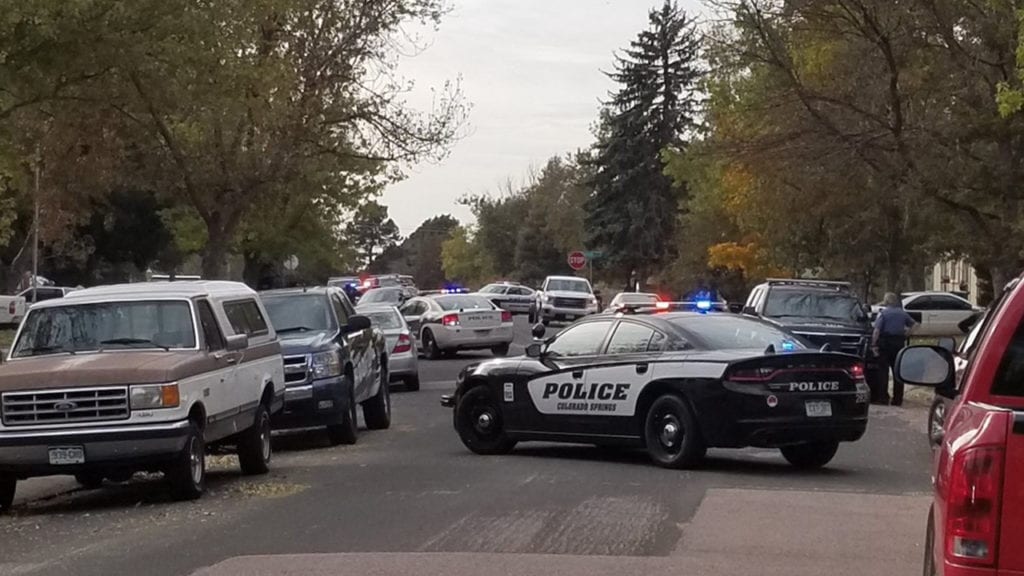 COLORADO SPRINGS – Police canceled a shelter in place emergency notification sent out to people living near the 1200 block of Wynkoop Drive.

CSPD said a man at a home in the area shot himself in the foot and will receive a mental health evaluation.

Around 9:30 a.m. Monday officers had their weapons drawn and were shouting at the man to come out from his home, which he did a little after 10 a.m.

The incident created tense moments for neighbors in the area and forced District 11’s Twain Elementary School to enter a lockout. That lockout has since been lifted and no students or staff were in danger, according to D11.

No neighbors or officers were hurt.

This was about 10 min ago. Officers are putting weapons away now. The ambulance and fire truck have left the scene. Home security alarm going off pic.twitter.com/Mia0SNy7Ek