COLORADO – The Colorado Department of Transportation is proposing to install wildlife crossings along highways across the state.

The agency said the idea behind this proposal is to reduce animal-vehicle collisions and improve safety.

In describing the proposed project, CDOT said it will include wildlife crossings such as underpasses and drainage structures that will create separation between vehicles and wildlife, allowing animals to safely cross from one side of a roadway to the other. 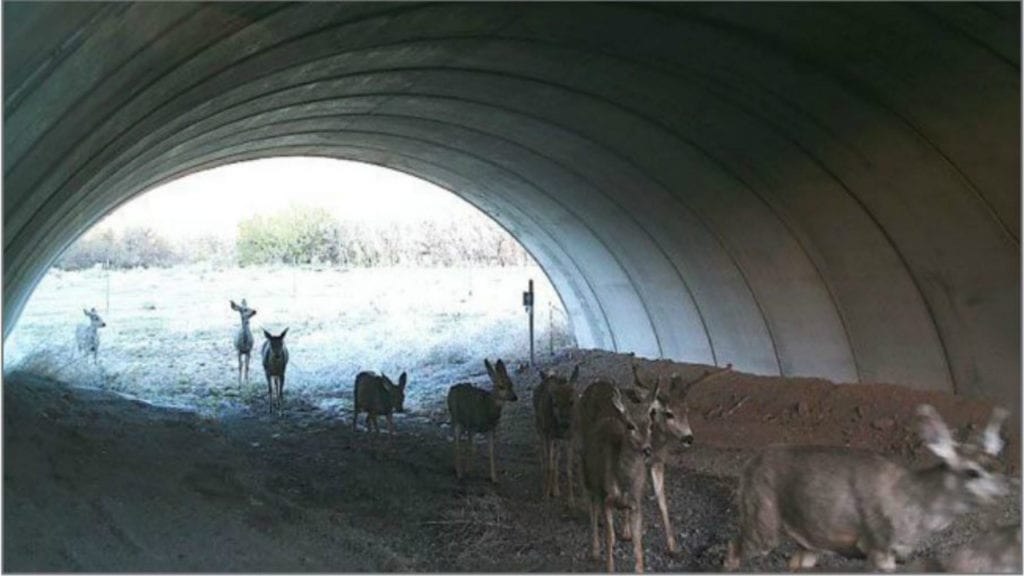 The currently underfunded, state-wide project would be included as part of $220 million in statewide improvements, according to the agency.

According to State Farm Insurance, one in 263 crashes in Colorado in 2016 were the result of a collision with a large animal like deer, elk, or moose. That same year, two people were killed in vehicle/animal collisions and another 400 people were injured.

CDOT said after five underpasses and two overpass wildlife crossings were installed along a 10-mile stretch of Colorado Highway 9 in 2015 and 2016, the number of vehicle/animal collisions dropped 87 percent.