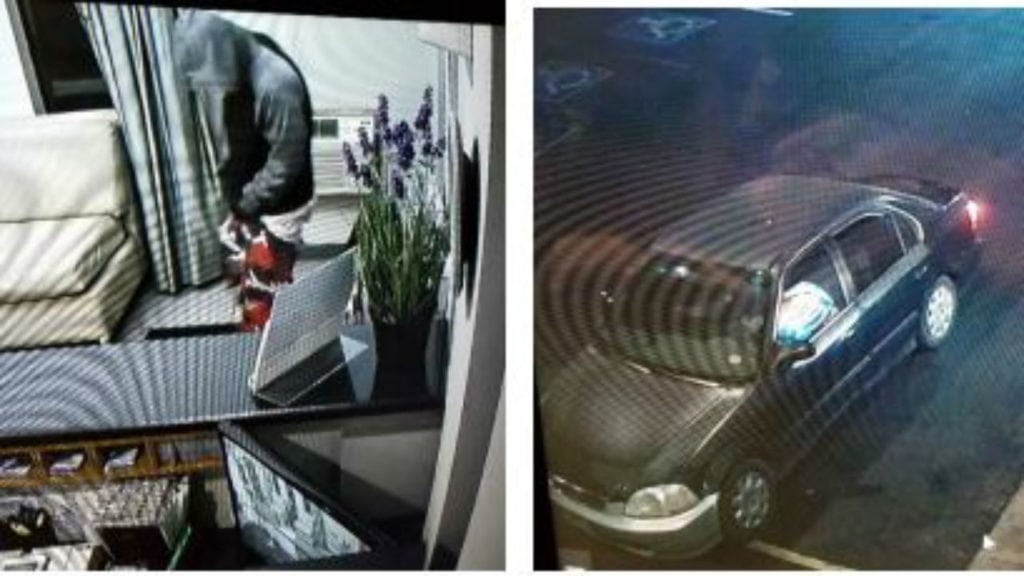 PUEBLO – Pueblo Police officers are searching for a robbery suspect and vehicle Wednesday.

Pueblo Police officers were dispatched to the Super 8 Hotel at 1100 US Highway 50 West on reports of an armed robbery Tuesday night. Investigators said the suspect entered the front lobby and robbed the clerk at gunpoint with a silver and black handgun.

The suspect is described as a Hispanic man, 5’10” to 6’0″, 180 pounds, wearing a grey and black hooded sweatshirt, and multi-colored red, black and white pants/long shorts. The suspect also had a red bandana covering his face and was wearing latex black gloves. 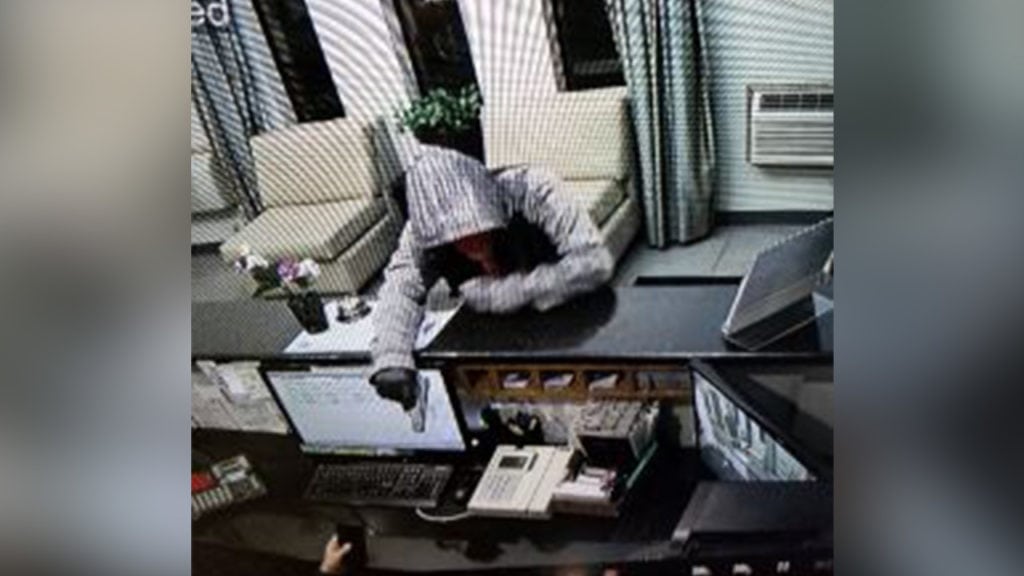 Police also said the suspect had a deep voice.

The suspect was also driven to and from the hotel in what appeared to be a dark grey Honda Civic with a grey bumper and a black hubcap on the front passenger wheel. The other wheels appeared to be stock grey wheels, police said.

The car had Colorado license QUG-296.

Anyone with information on the identity of the suspect or his location, is asked to call Pueblo Police at (719) 553-2502.