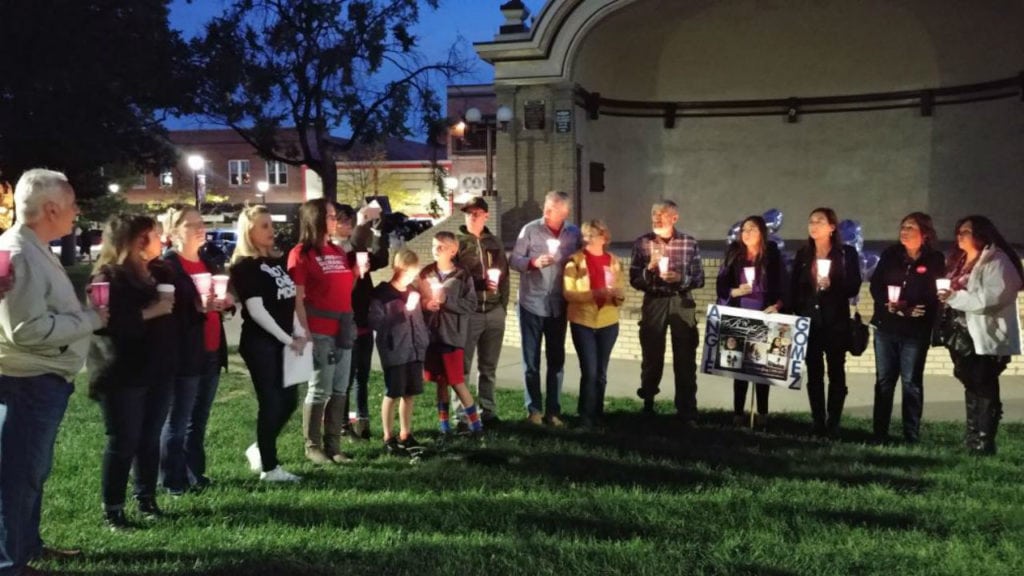 This weekend marked one year since the horrific mass shooting that took the lives of 58 people. While a year has gone by, many are still demanding action for the deadliest mass shooting in modern U.S. history.

This includes a Colorado group, Moms Demand Action for Gun Sense America, a part of Everytown for Gun Safety.

Volunteers with the Colorado chapter held a vigil Sunday night for the community to gather and honor the many lives lost on the night of October 1, 2017. A total of 58 lives were lost that night and hundreds of people were injured.

Everytown for Gun Safety is a gun violence prevention organization in the United States with millions of supporters, working to defend public safety. Moms Demand Action for Gun Sense in America is a grassroots movement working to “respect the Second Amendment and protect people from gun violence.”

The vigil was held at Acacia Park at 7 p.m.