PUEBLO – Things were different in 1975, when the Pueblo Fire Department began working out of Fire Station 1.

All that separates “hot zones”, where active firefighting gear and equipment is, from “cold zones”, like offices and living quarters, are a pair of swinging doors.

“The thought process back in those days was to get people to an engine very quickly,” Deputy Chief Rick Potter said. “The kitchen, the living quarters, the office are right off of the truck room where the diesel exhaust dumps. That’s a concern.”

But an expansion in research and awareness over the last several years has helped the fire service better comprehend just how toxic and dangerous firefighting can be — from fighting the fires themselves to dangerous chemicals, like carcinogens and diesel fumes. With this research, Pueblo Fire needs to improve its stations as a way of protecting its firefighters. 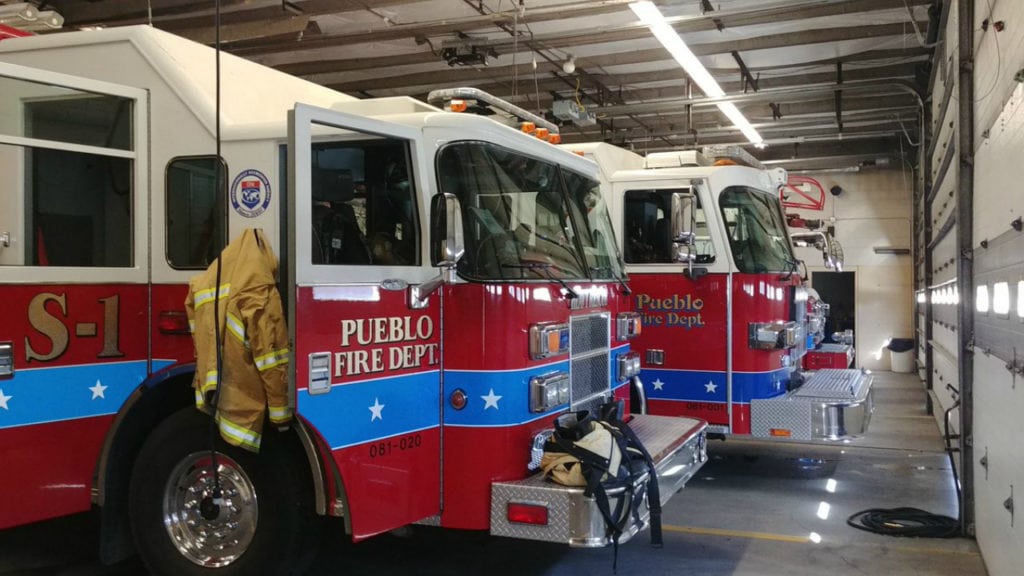 That was the determination of a months-long study of the department’s stations. In conclusion, the contractor recommended the city spend $24 million on improvements and renovations over five years as a way of bringing the department’s buildings into the modern age.

“Our engines are much wider than they used to be, and backing apparatus into station or even pulling out, our clearances are much smaller now,” Potter said.

The report and spending plan were presented to Pueblo City Council this week. Vice President Ed Brown, a former firefighter himself, said he wasn’t surprised to see the recommended fixes, especially with the living areas’ proximity to gear that could be carrying toxic chemicals.

“They live, eat, sleep and breathe in these stations, so you know, it’s a concern,” Brown said.

Funding those changes, though, is the next challenge, Brown said.

“Well, I think it was an eye opener, but the city has a lot of needs, so the biggest concern will be coming up with the money,” he said.

Fire department brass will now meet with the city manager and council to sift through the report, prioritize certain jobs and determine how they will be paid for.