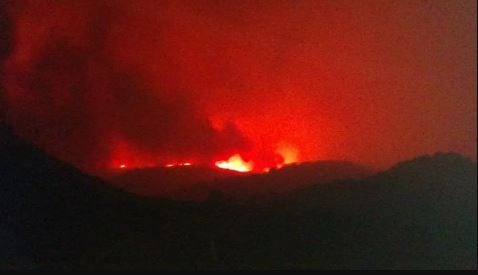 Homeowners and businesses in southwest Colorado say the Durango and Silverton Narrow Gauge Railroad needs to take responsibility for the damage done by the 416 fire and then all of the flooding that followed.

Ten plaintiffs involved in the lawsuit say they are positive the coal train engine started the 54, 129-acre wildfire that started on June 1st. The 416 fire is the sixth largest wildfire in Colorado’s history.

Homeowners say they were forced to leave and businesses and they lost money as a result.  The lawsuit claims railroad workers knew or should have known about the drought conditions and fire restrictions.

It also says witnesses saw smoke from the fire start shortly after the train had passed.

Fire investigators, however, say the cause is still unknown and that they are still looking into it.

The 416 Fire eventually led to flooding and mudslides in the burn scar, which caused further damage to homes and property in the area.