COLORADO SPRINGS – Police are asking for help to identify a man suspected of crashing into a motorcycle and driving away from the scene Monday morning.

CSPD is looking for the man who was driving an early 1990s gold Buick sedan near Platte Avenue and Murray Boulevard around 9 a.m. Monday.

Officers said that car hit and seriously injured the motorcyclist involved in the crash. That person is still recovering in the hospital.

Police described the man behind the wheel as a 5’10 black man with a medium build, bald or with very short hair. Police said he’s 30-40 years old and was wearing prescription glasses. 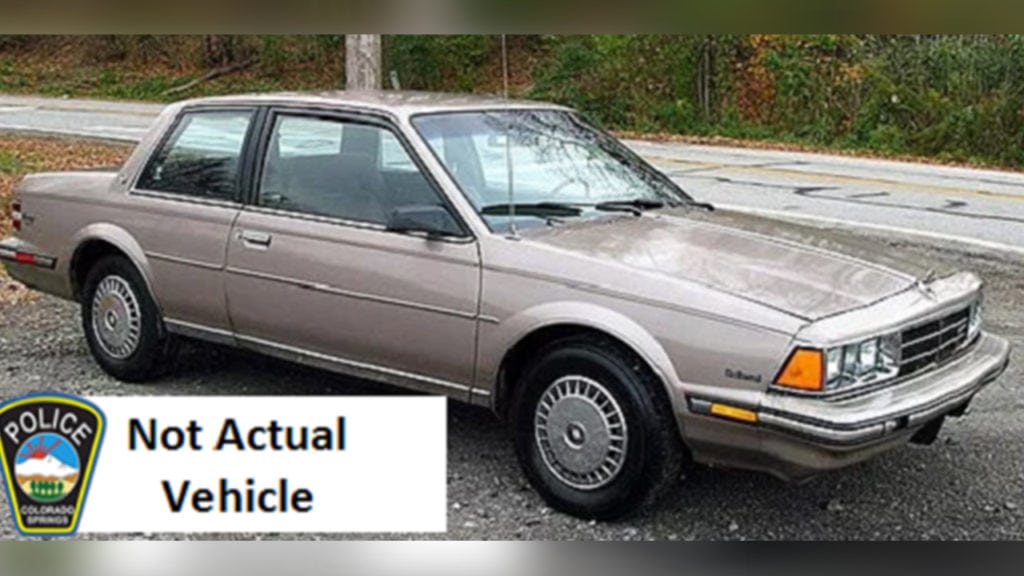