Armed teachers in Peyton – that’s what one parent is proposing.
During a town hall meeting Friday night, parents heard from people representing companies who specialize in training armed teachers.

“As a parent, I think it would be a positive thing, I think my kids would feel safe,” said Raquel Gee, the parent of middle and high school students.

Gee is also a teacher who believes armed teachers could help protect schools from active shooters.

“Well, it’s scary for one,” she said.
“We have had discussions with other teachers as well as our family, you know so many people come into schools thinking everything’s safe and you see on the news that the safest communities aren’t as safe as we think.”

At the town hall meeting, one concerned father said he wants to increase school safety by arming teachers and he’s going to present this proposal to the Peyton School Board.

But before teachers get armed, they get trained.
And the companies that would do the training say it prepares teachers for a worst-case scenario. 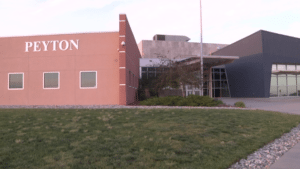 Laura Carno, who represents FASTER Colorado, says her company empowers teachers to react in the face of violence.

“[The course] trains them to stop an active killer while protecting life in their schools,” she said.

Teachers who already have concealed carry permit would have to volunteer for training before being allowed to carry on campus.

Carno explained the strict training process to parents and teachers.

Carno says the training, carried out by active-duty law enforcement, is most popular in rural school districts like Peyton, where emergency response times are often delayed.

“They know that law enforcement is not a couple minutes away but it’s 30 minutes away,” she said.

Gee is willing to trust the process.

“If it were to happen, I’d want the right people volunteering to protect our kids and our community.”

It’s important to note this proposal is still in its infancy and requires the approval of the Peyton School Board to go forward.