Clarifications for Colorado counties with variances at risk 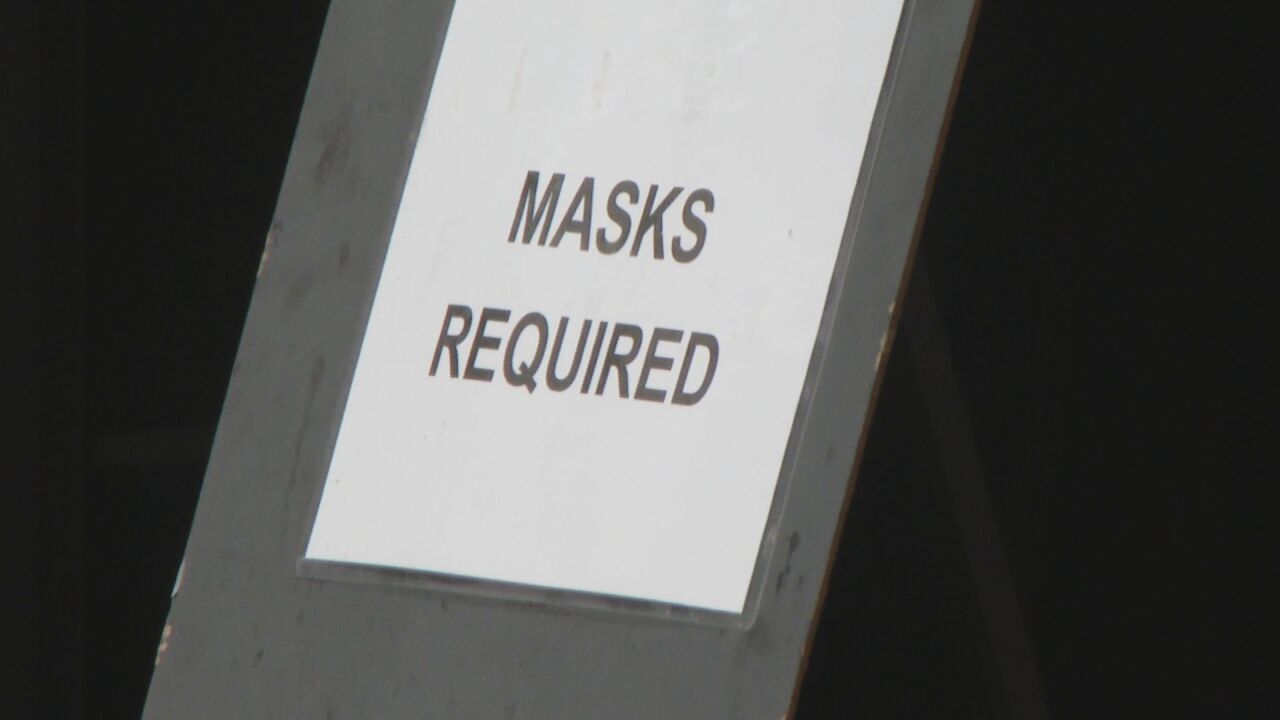 Copyright 2020 Scripps Media, Inc. All rights reserved. This material may not be published, broadcast, rewritten, or redistributed.
Colette Bordelon
A sign outside of Cork & Cask reminds customers that masks are necessary. 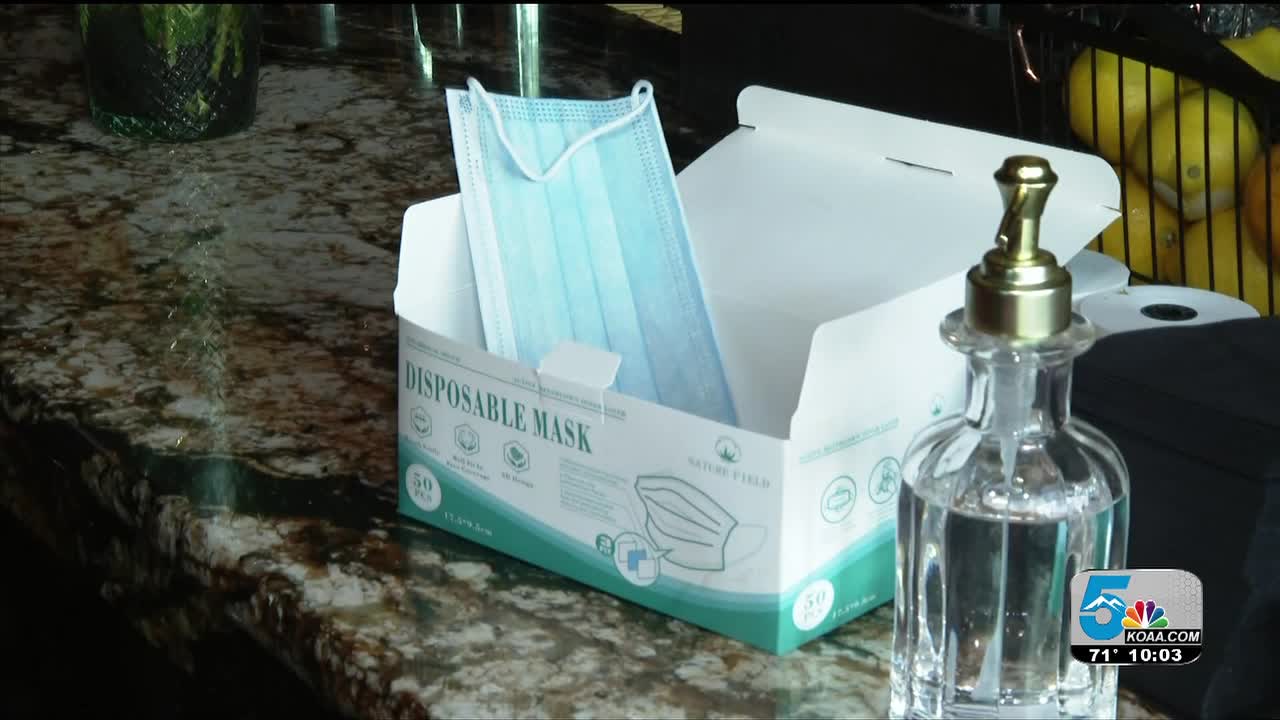 EL PASO COUNTY — News5 has previously reported on Governor Jared Polis singling out 15 Colorado counties at risk of losing their variances if they do not slow the spread of coronavirus. El Paso County is one of those, and our local Public Health department helped answer questions about what that would exactly look like, if the variance was revoked.

Dr. Johnson said they worked on the mitigation plan together with the Colorado Department of Public Health and Environment, which includes increased messaging, preventive measures, and identifying outbreaks to help mitigate gaps in the community. She also mentioned the burden is fairly universally distributed in El Paso County, and there is not one particular sector contributing disproportionately.

Dr. Johnson said it is critical to start seeing changes in the local trends, or more dramatic efforts to slow the spread will have to be taken. "This window in which we can make changes is pretty small, and we understand that some of the two week guideline is around that incubation period of the virus. And so, we would expect to have some lag in the data as we change behavior... We can look at the trending from two weeks prior to give us an indication of whether we've been making the impact we need to," said Dr. Johnson.

Dr. Johnson said the county has not been given a deadline from the state as to when these changes need to be seen before the variances are in jeopardy. She did say part of the discussion with the Colorado Department of Public Health and Environment has surrounded the impact on the variances and the businesses behind them. El Paso County Public Health said they are not aware of any businesses operating solely on a variance and outside of the statewide public health order. Maximum capacity limits are suspected to be the main aspect that would be targeted by the state to slow the spread of the virus. However, El Paso County Public Health does not believe there is a risk of actions being taken that are stricter than the public health order. More likely, businesses would have to revert to the guidelines from the public health order.

Dr. Johnson tells News5 they are advocating for a gradual process of scaling back if it does come to a point where variances are called into question. "The goal would be to have some sort of step down, very phased and strategic approach, really avoiding again any 'on or off' buttons that might be pulled because we recognize that those are not sustainable," said Dr. Johnson.

For Campana, he said strict deadlines would be helpful. They would allow local business owners to prepare for a gradual step down process, if it comes to that. "The rules are changing every week, and we're just trying to stay on it... There's just no direction," said Campana.

He had a reminder for citizens of El Paso County as well. "I know it sounds kind of superficial, but at the end of the day, if everyone's dead, there's nothing we can do. So, wear a mask, wash your hands, and social distancing is very important," said Campana.

News5 also reached out to the Colorado Department of Public Health and Environment with questions regarding the variances. Here are the exact questions, and the answers provided to us:

What is the exact timeline on this? When is the last day for counties to know if they have sufficiently slowed the spread, or if they need to plan to lose variances?
Our goal is to collaborate with counties to find effective strategies to mitigate the spread of the virus. It’s an ongoing conversation in most cases. We are continuing our conversations and will make decisions based on how the virus numbers track.

When can we expect an update on the counties at risk for losing variances?
In most cases, we will collaborate with counties to find ways to minimize spread of the virus. It’s an ongoing conversation and decisions are made as we monitor the number of cases and the positivity data.

We have multiple variances in El Paso County. Would all of them be at risk, or just a select few? If it's only a couple - which ones, and why?
Variances for particular activities would be evaluated based on the risk of that particular activity. Our primary focuses for mitigation are increased social distancing, compliance with the mask mandate and educational outreach.

Will the variances be revoked completely, or would it be a sort of step-down process for businesses? (Would it be gradual, or a quick shut down?)
Our goal is find ways to work with counties to allow as few restrictions as possible while still protecting public health. Each variance, and each activity listed within it, will be evaluated.

I was told by our local Public Health that CDPHE would be checking in with us early this week. Has that already happened, and if so, what was the discussion like? Have we made any progress?
We met with El Paso County earlier this week and looked at their numbers and discussed mitigation efforts. We will continue to monitor the situation and work closely with them.