COLORADO SPRINGS – “I’d like to begin by sending our prayers to the people of Venezuela in their righteous struggle for freedom,” President Donald Trump said Thursday.

President Trump says the brutal repression of the Venezuelan people must end and it must end soon. The once wealthy oil nation has descended into collapse and humanitarian crisis.

The streets were calmer Thursday in the wake of massive violence and protests. Thousands of anti-government demonstrators and pro-government forces have clashed in the streets of the capital the past two days.

Human rights groups say 57 protestors have been killed this year, including at least four this week. Hundreds of others were wounded by bullets, pellets and tear gas.

In this 360° Perspective we’re looking into how and why we got here. 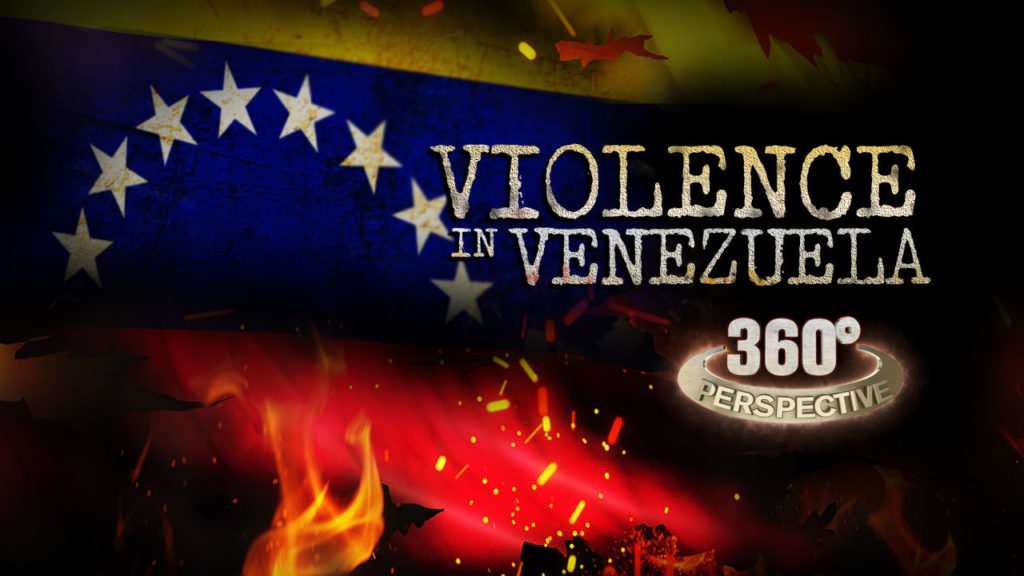 Venezuela’s President Nicolás Maduro is fighting to keep power, as opposition leader Juan Guaidó is recognized as Venezuela’s leader by fifty countries including ours.

Maduro has been in the position since 2013 when Hugo Chávez died. The socialist leader is condemned by the U.S. and most western nations. He’s accused the U.S. of working to overthrow them. The military has largely remained loyal to Maduro. He’s calling the opposition “traitors.” The White House accuses Russia and Cuba of propping up Maduro and Cuba is denying supplying troops.

Juan Guaidó is the opposition leader. The 35-year-old head of the Venezuelan National Assembly is considered the interim President. He has promised a transitional government, free elections and he wants to end the socialist regime. He’s recognized as the legitimate head of state by the U.S. and the Trump Administration is looking for ways to get money to help the interim government. Guaidó is calling for massive peaceful protests and for the military to defect against Maduro. This week he announced what he called the “final phase” in the operation to topple Maduro’s regime.

There’s an information war going on as well.

The government has shut down Venezuelan’s access to social media platforms and news organizations including CNN. Social media is largely where the opposition was arranging meeting spots for protests and making announcements to supporters.

Dr. Gabriel Leon, a senior lecturer of political economy at King’s College who has lived in Venezuela has said limiting access is part of a tried and tested “info war” that’s been playing out in Venezuela for years. He said the government is mostly concerned about controlling the flow of information to poorer Venezuelans, who are considered a major part of Maduro’s base.

Maduro hasn’t blocked things permanently though. Dr. Leon said that’s so he can claim he’s not a repressive dictator, but rather protecting the people.

Another opposition leader and Maduro critic, who was sentenced to 14 years in prison, was seen freed alongside Guaidó in a video on Tuesday. Leopoldo Lopez was accused of sparking deadly violence, but human rights groups said the charges were politically motivated. He’s seeking asylum in a Chilean embassy.

More than two dozen members of the military also requesting asylum at the Brazilian embassy. Brazil announced $57 million in emergency aid for Venezuelans entering their nation to help with humanitarian aid.

We’ll keep tracking this for you.