COLORADO SPRINGS – Nearly two years of investigation, hundreds of interviews, thousands of subpoenas and 25 million of your tax dollars.

The redacted Mueller Report is out, all 448 pages of it.

It’s an extensive document and while we continue to work through it and learn more, the underlying conclusion is investigators found no evidence that members of the Trump campaign or administration conspired or colluded with Russians to interfere in the 2016 election.

However, despite declarations from the White House, it does not exonerate President Trump of obstruction of justice allegations.

We want to bring you the facts without the spin in this 360° Perspective so you can make your own decision.

For the past 22 months, Special Counsel Robert Mueller had two specific tasks: to determine if President Trump of his associates conspired with Russians to interfere in the 2016 Presidential Election and whether his administration obstructed the investigation into those claims.

The report is divided into two volumes: one on election interference, the other on obstruction of justice.

On election interference, the report shows Russians did try to interfere in the 2016 Presidential Election in several ways. Spreading misinformation on social media, probing state voter databases for weaknesses, hacking the Hillary Clinton campaign, the Democratic National Committee, and the Democratic Congressional Campaign Committee. Operatives even staged rallies in Florida and Pennsylvania. According to the report, the goal was to damage the Clinton campaign, boost Trump’s chances and sow distrust in American democracy overall. Twelve Russian nationals were indicted.

The report does not present evidence that Russia manipulated votes or had any direct impacts on the election results.

On the obstruction side of things, the report summarizes 10 instances Mueller examined for possible obstruction, including Trump’s firing of then-FBI Director James Comey, directives to subordinates to have Mueller fired, having his Attorney General take over the investigation, and encouraging witnesses like Michael Flynn and Paul Manafort to not cooperate.

Trump’s attorneys have said it all falls within his constitutional powers, but whether any of it actually amounts to obstruction, depends on who you ask. Mueller’s report said, “based on the facts and the applicable legal standards we are unable to reach that judgment.” It also said no person is above the law, including the President and that the Constitution “does not categorically and permanently immunize a President for obstructing justice.” 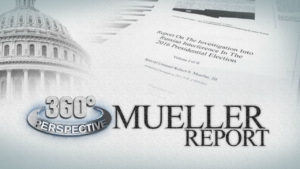 Now, this goes to Congress. House Democrats already promising to subpoena Mueller and members of his team. The Justice Department says certain lawmakers will get to see a less redacted version of the report.

We went to an expert to find out more about what to expect next in the process. UCCS Professor Josh Dunn tells News 5 he doesn’t think Congress will uncover anything missed by the Mueller team, but the word you can probably expect to hear more in the coming days is “impeachment.”

“I think at this stage it’s gonna be left to the House. And the House is just gonna have to make a decision, particularly the Democratic leadership, about whether or not it actually wants to launch a full impeachment investigation. Because at this point, I think Mueller has said I have concluded my investigation, the Justice Department has given its statement on it, so really it’s left to the House of Representatives,” Professor Dunn said.

Nearly every major news outlet started analyzing the report as soon as it was out. We want to clarify some reports out there about President Trump’s reaction to learning of Robert Mueller’s appointment as Special Counsel. The report says he was angry with then-Attorney General Jeff Sessions about the investigation. Many outlets reported the President said out loud, “Oh my gosh. This is terrible! This is the end of my presidency!” It even includes a censored expletive he used.

That’s only half the quote and could be construed as an admission of wrong-doing.

The report includes the rest of the quote which reads, “Everyone tells me if you get one of these independent counsels it ruins your presidency, it takes years and years and I won’t be able to do anything. This is the worst thing that’s ever happened to me.”

We think it’s important you get the whole story so you can make up your own mind about the Mueller investigation. We invite you to read the entire report by clicking here. Read it at your own pace, digest the information and make your decision.

The report took nearly two years to complete. There will be more discussions in the coming days as the public learns more details. The Special Counsel’s team referred 14 criminal cases to other offices and only two have been made public. We’ll continue to watch out for you with the facts, without the spin.

If you have an issue or topic that needs the 360 Perspective email us at 360@KOAA.com.