COLORADO SPRINGS – They’re in cities across the country and Colorado Springs is getting four of them.

A lot of you have strong opinions on this topic which is why we’re taking a closer look in this 360° Perspective. 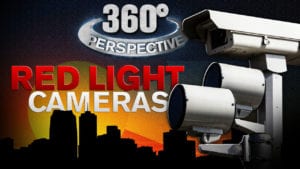 A bill to ban red light cameras died in the state legislature last month. Bills have been introduced in four consecutive sessions, some passed but were never signed into law.

Colorado Springs canceled its first red light camera program in 2011 before bringing it back. Littleton dropped its program in 2015.

According to the Governor’s Highway Safety Association, as of December, 21 states plus Washington D.C. allow red light cameras. Colorado is one of them. Some of the states have tough restrictions. Ten states have laws banning them, and nineteen have no red light camera state laws, but some have cities that use them.

Popular arguments against red light cameras include:
-They are unconstitutional because they violate privacy.
-They are money-making schemes by greedy governments.
-Questions about whether they increase safety.

Several lawsuits have challenged whether the cameras violate privacy. Some courts have determined anyone in a public space, like the streets, can be recorded.

Concerning fines- you have the right to challenge them in court, but a Denver Post report found last year with Denver’s red light camera program, less than half a percent of more than 150,000 citations issued were dismissed.

Governments have been accused of rigging red light cameras to collect more fines by making light times shorter, in order to catch more runners.
In 2017 while looking at those claims in Pueblo, News 5 Investigates found cities including Chicago, Dallas, Nashville and more were caught issuing tickets at intersections with short yellow lights. Pueblo’s light times mostly checked out, we did find one light that was just barely under the recommended time. The city told us they stand by their program and believe it works.

When it comes to public safety, the Federal Highway Administration says studies have shown an overall decrease in t-bone crashes, total deaths and serious injuries at intersections with the cameras. However rear-end crashes at some of those intersections have gone up.

When the Colorado Springs cameras are ready to roll we are told there will be a huge announcement and a 30 day warning period before tickets start being sent out. Of course News 5 will keep you posted.

Have something you want us to cover in our 360° Perspective? Email 360@koaa.com