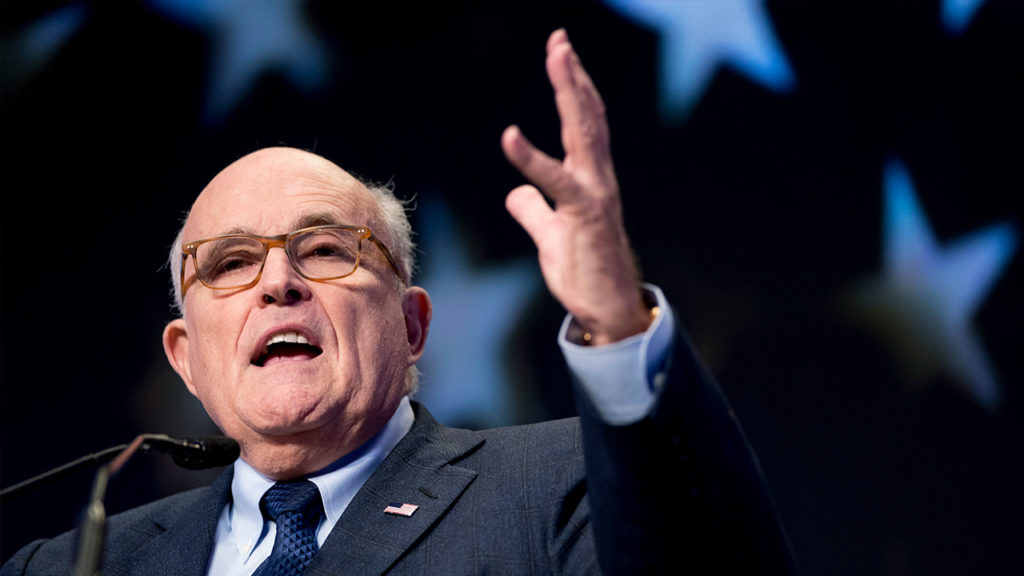 Giuliani announced he was canceling the trip in an interview on Fox News Friday night.

Giuliani had planned a trip to the Eastern European country but insisted it was not to encourage a foreign government to impact the 2020 Presidential election.

Earlier Friday on Twitter Giuliani explained his rationale for traveling to Kiev to push for two investigations.

Explain to me why Biden shouldn’t be investigated if his son got millions from a Russian loving crooked Ukrainian oligarch while He was VP and point man for Ukraine. Ukrainians are investigating and your fellow Dems are interfering. Election is 17 months away.Let’s answer it now https://t.co/FT34kX7Pst

One is the origin of Special Counsel Robert Mueller’s investigation into Russian election interference. The second is the involvement of Biden’s son in a gas company owned by a Ukrainian oligarch.

Democrats were quick to denounce the trip.

Rep. Adam Schiff from California said Giuliani’s line was close to breaking the law. “But the American people need to reject this. Do we really want to go through this again with a presidential campaign inviting a foreign power to involve itself in our affairs?” Schiff said.

At a town hall campaign event in New Hampshire, Senator Elizabeth Warren said Giuliani should back off. “I just think it is highly unethical for the president’s personal lawyer to go meet with officials from foreign government to see if they can influence somehow the upcoming presidential election,” Warren said.