No deaths after plane runs off runway into a Florida river

JACKSONVILLE – A close call for passengers on a Boeing 737 plane that was arriving at Jacksonville Naval Air Station Friday night.

The plane, which took off from Guantanamo Bay, Cuba, ran off a runway and into the St. Johns River. Pictures and video show the plane sitting in shallow water.

None of the 136 people on board were seriously hurt. The FAA says there were only two minor injuries. 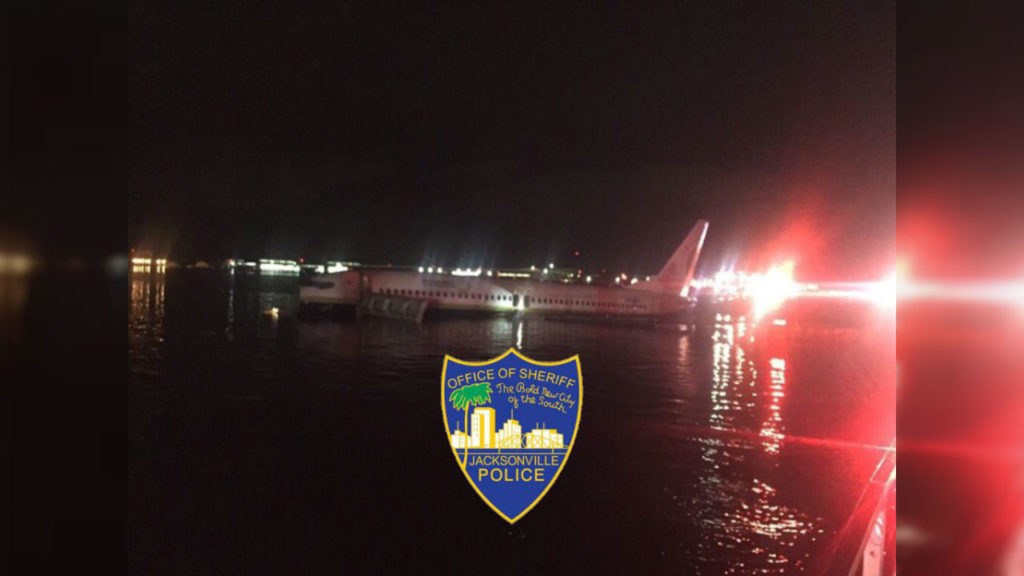 The FAA says the plane was a military charter jet and not a commercial flight.