TELLER COUNTY – The future of the state’s murder case against Patrick Frazee will take a pivotal step forward Friday.

Frazee, 32, is set to appear in a Teller County courtroom for an arraignment hearing at 8:30 a.m., where he will enter a plea. He’s accused of killing his fiancé, Kelsey Berreth, by beating her with a baseball bat on Thanksgiving and burning her body a few days later.

If Frazee pleads not guilty, the case is headed for trial. 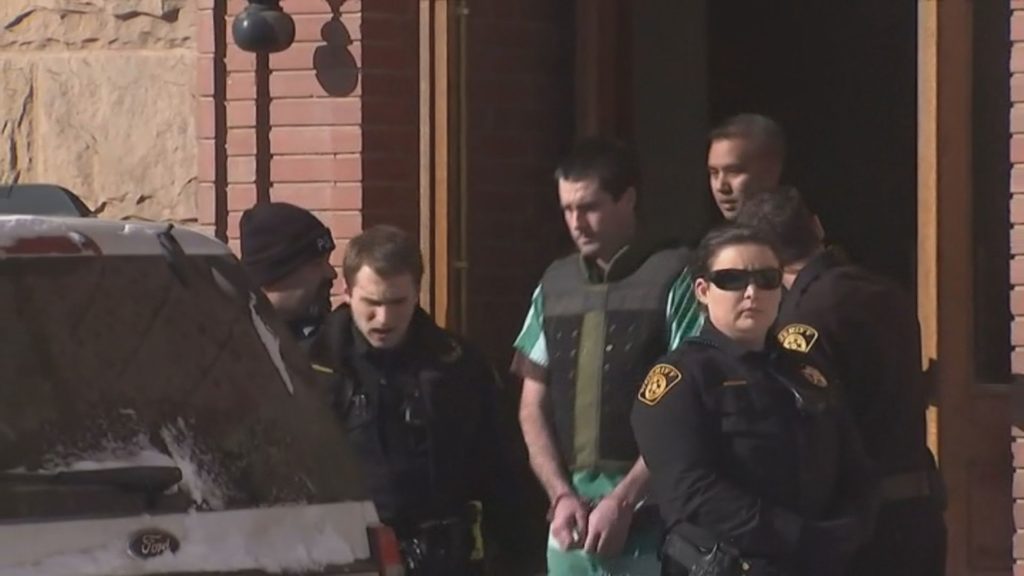 Judge Scott Sells will also likely rule on a pair of motions related to the release of information in the case. First, a motion brought by ABC News to release all exhibits entered during the Feb. 19 preliminary hearing.

The exhibits, which were submitted as evidence, include screenshots of surveillance video used to piece together Frazee’s whereabouts the day of the alleged crime. They also involved site visits, where Krystal Kenney led investigators to corroborate her story about Frazee’s actions in the crime.

Next, prosecutors filed a motion on March 20 to seal records they obtained from the Teller County Department of Human Services as part of their investigation into Frazee.

Deputy District Attorney Beth Reed said the records, “include extensive interviews documenting statements made by the Defendant and witnesses in this case.” Prosecutors requested the records be kept from the public.

The court date comes as the Woodland Park Police Department and several local and state partners continue their search for Berreth’s remains at the Midway Landfill near Fountain.

In a Facebook Live post, Woodland Park Police Chief Miles De Young said his team has not found Berreth’s remains. He said the search is about 40 percent complete as it nears Day 45.

De Young and Sgt. Ryan Holzwarth also thanked a myriad of local businesses for their willingness to donate meals to the search team.

Initial estimates from police had the search lasting between 16 and 80 days.