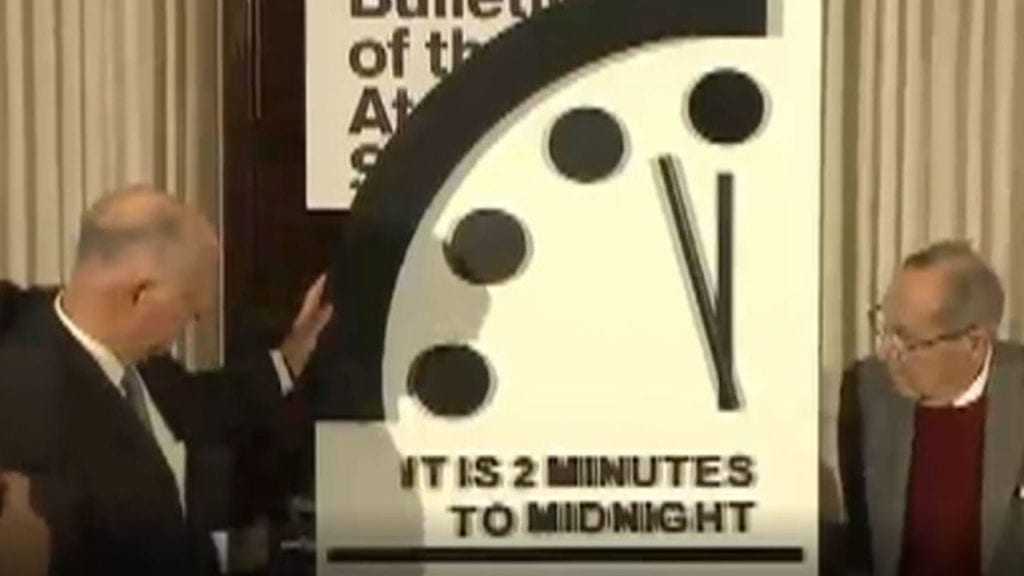 The clock symbolizes human existence and life on earth, with midnight representing global annihilation. Every year a group of scientists and scholars called the Bulletin of the Atomic Scientists update the clock.

The clock’s setting, 11:58 P.M., is unchanged since last year. It is also the closest the clock has ever come to midnight.

The scientists in charge of the clock say nuclear weapons and climate change are the reasons the minute hand is so close to midnight.

They say America’s withdrawal from the Iran nuclear deal is one reason for concern. They also say global carbon dioxide emissions resumed an upward climb in 2017 and 2018.