PUEBLO – There was hardly any more room to stand inside the Pueblo County Sheriff’s Office Friday for a public memorial service honoring a fallen deputy K9.

K9 PC served the Pueblo County Sheriff’s Office for nearly 10 years before losing a battle to cancer in December 2018.

PC was involved in 345 deployments, seizing more than 100 pounds of illegal drugs. 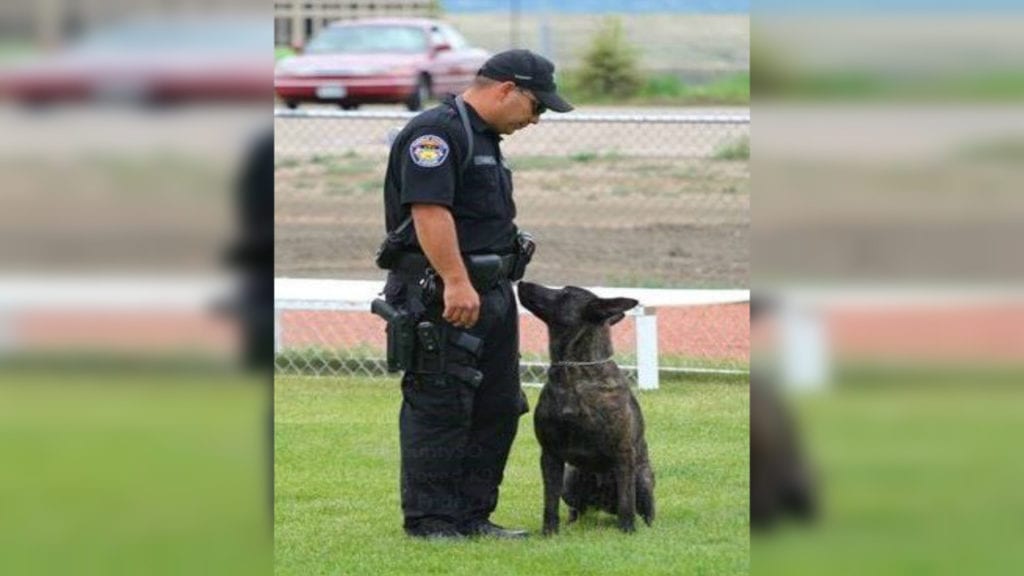 During the service, Sheriff Kirk Taylor jokingly described why PC was one of his favorite employees.

“He was a great deputy, because he never complained about his pay or the hours. He was awesome,” Taylor said.

The service included prayers, stories about PC, a flag presentation and a memorial slide show.

PC was also a valued member of a pair of teams: the county’s swat team and the family of his handler, Senior Deputy Brandon Talton.

“The best way to describe him is he’s a very friendly, fun-loving, family dog. But when it was time to work, he just flipped the switch and went to work,” Talton said.