Minnesota police K9 shot and killed while on duty 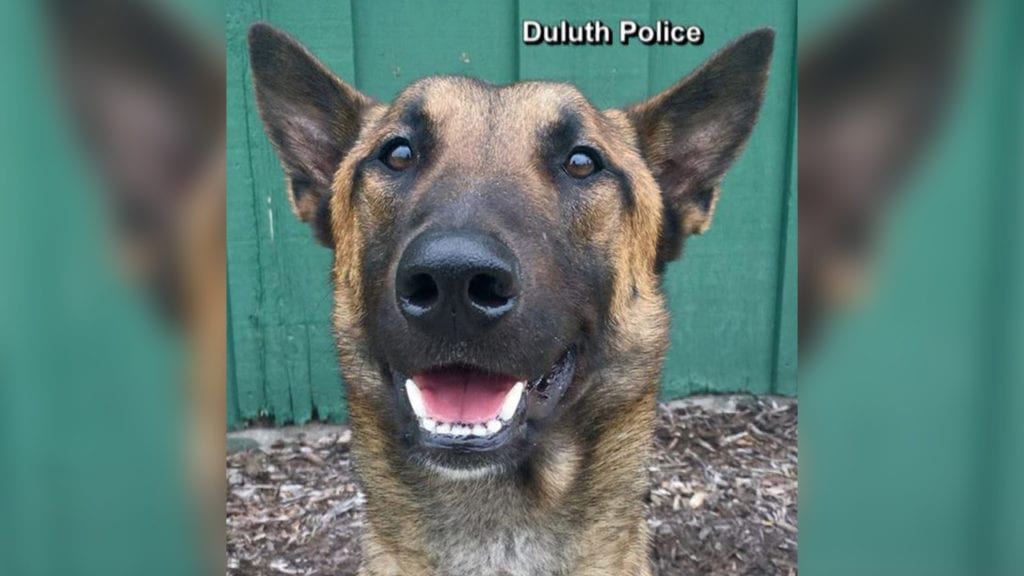 DULUTH, Minn. – An officer was hurt and a police K9 is dead following a confrontation with a suspect in Minnesota Sunday night.

Duluth Police said K9 Haas was shot and killed after responding to a domestic abuse call. Police said they spent an hour negotiating with a suspect before he started shooting at officers.

Haas and another officer were hit. The officer suffered non-life-threatening injuries, but the dog died from its injuries.

Police returned fire on the suspect, who was found dead. The suspect’s identity has not yet been released.

The injured officer has been released from the hospital.