Nearly half of Coloradans now live in wildfire risk zones

COLORADO – New data provided by the Colorado State Forest Service indicates nearly half of all Coloradans live in areas at risk for wildfires.

According to the Colorado Wildfire Risk Assessment data, roughly 2.9 million people in Colorado live in wildland-urban interface, or WUI areas, defined as areas where human improvements are built close to, or within, natural terrain and flammable vegetation.

The updated data has been added to the Colorado Wildfire Risk Assessment Portal, or CO-WRAP, an online mapping tool that identifies greatest risk areas.

Several factors contributed to the nearly 50 percent increase over the past five years in numbers of Coloradans considered to be living in wildfire risk zones.  One is an overall increase in the number of people living in WUI areas.  Another is better, more refined data to also consider the risk to homes in or adjacent to agricultural land or grasslands.  Changes in land use and vegetation patterns were also considered.

“People mistakenly think of wildfire like forest fires, big tree fires, but we have several wildfires, especially in the State of Colorado, that are simply grass fires,” said Colorado Springs Wildfire Mitigation Section leader Jeremy Taylor, “and look how many grasses we have throughout our town, throughout our city, and throughout our county as a whole.  That creates significant risk.”

The City of Colorado Springs’ web site features an interactive map program that allows users to pinpoint the wildfire risk to specific properties that have been assessed so far. 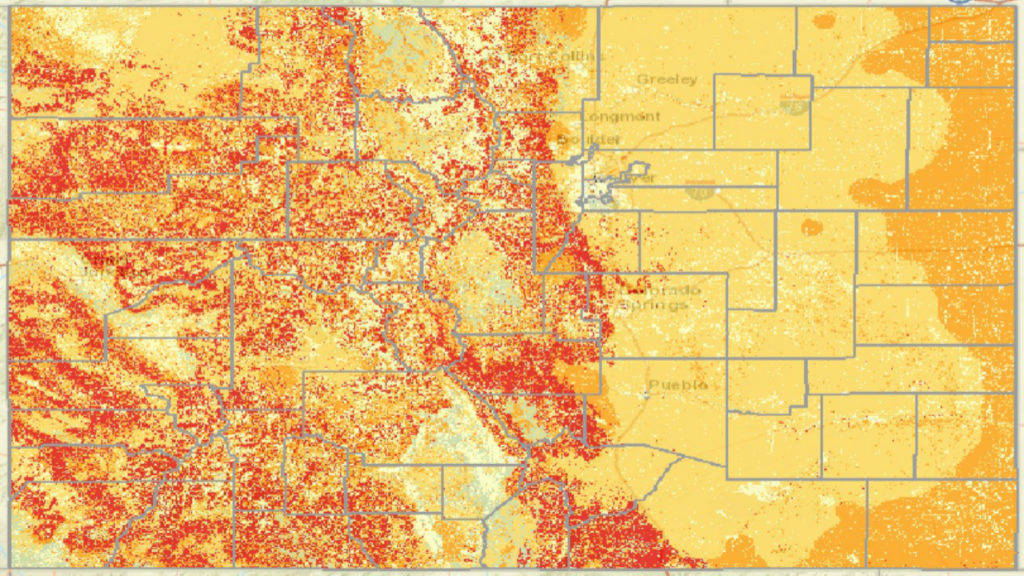 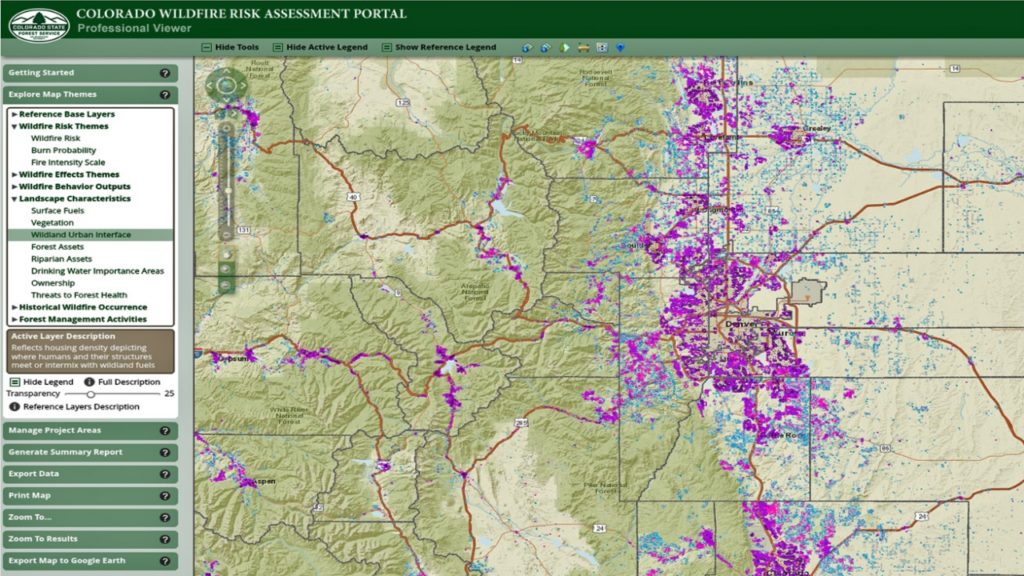