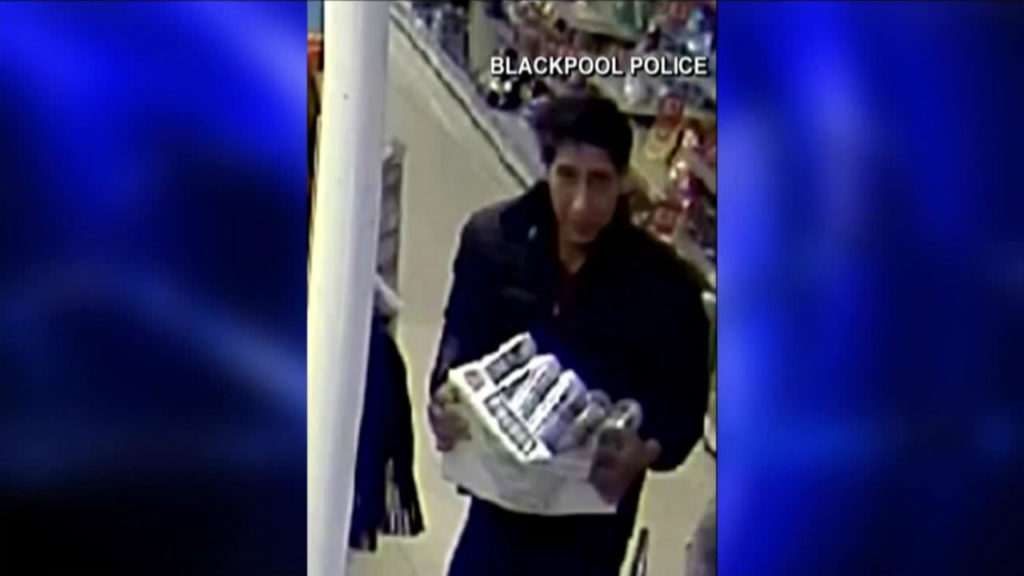 ENGLAND – Do you remember the curious case of a David Schwimmer look-alike who was wanted by British police for allegedly stealing beer?

Well, on Tuesday the Lancashire Police tweeted that they had arrested a 36-year-old man in London for stealing a crate of beer from a Blackpool restaurant on September 20th.

“Following the appeal we posted looking for a man who resembles a well-known actor, we now have an update,” the police department said on Twitter. “Thanks to our colleagues @MetPoliceUK, a 36-year-old man was arrested in Southall last night on suspicion of theft. Thank you for the support, especially @DavidSchwimmer!”

David Schwimmer, a.ka. Ross from “Friends,” got in on the joke after the Blackpool Police shared a photo of the suspect on their Facebook page in October. The post went viral after fans noticed the uncanny similarities between the alleged beer thief and the “Friends” actor.

Scwhimmer responded to the post by posting a video of himself sneaking through a grocery store carrying beer.

“Officers, I swear it wasn’t me,” Schwimmer tweeted. “As you can see, I was in New York. To the hardworking Blackpool Police, good luck with the investigation.”

Officers, I swear it wasn’t me.
As you can see, I was in New York.
To the hardworking Blackpool Police, good luck with the investigation.#itwasntme pic.twitter.com/EDFF9dZoYR