TELLER COUNTY – Around 8 p.m. Tuesday night, a CDOT snow plow rolled over on eastbound Highway 24 between Divide and Woodland Park, closing the road for hours.

The crash has closed eastbound lanes on the highway, causing major backups. The road is back open Wednesday morning. Heavy wreckers have been called in to clear the scene. 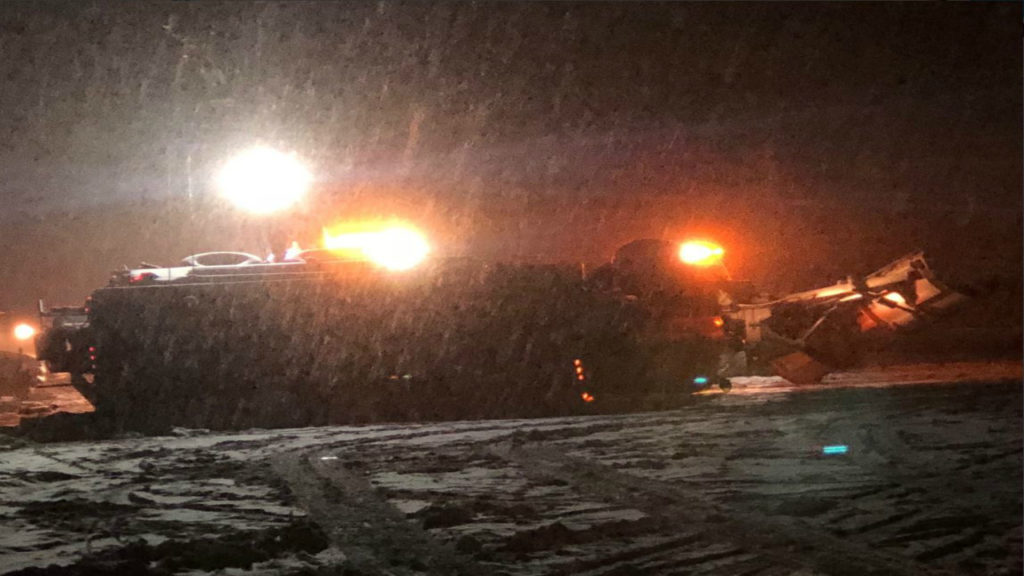 There were also two subsequent crashes following the plow rollover. One involved a driver sliding into a responding Teller County Sheriff’s Office vehicle and in the other wreck a vehicle slid and hit a responding fire truck.