Report: Funky smell could be from meth found on property

A stinky smell has filled the air around their Canon City neighborhood for about 10 minutes a night since July.

Joshua Hinton is among the few neighbors that stepped up to complain. The Fremont County Sheriff’s Office denied the existence of a meth lab, though he and others believed the smell, which was strong enough to make some people sick, was meth-related.

A report just released by Quality Environmental Services and Technology, or Quest, revealed methamphetamine was indeed found a property near the neighborhood. Inspectors found three different meth samples while checking the property at 1340 Cedar Avenue, just south of the neighborhood. 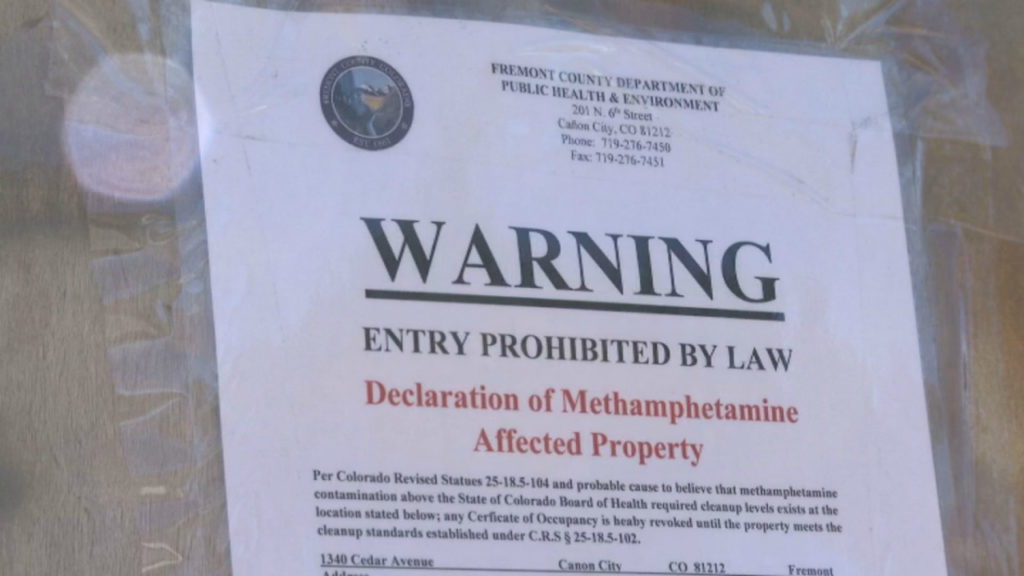 Hinton said the report justifies the neighborhood’s decision to step up and complain about the stench, but the fact no arrests were made still upsets him.

“I really would like to see some prosecution on this. They’ve been a real pain on the neighborhood, since I’ve lived in this neighborhood. Everyone’s had complaints about them,” Hinton said.

The property has since been declared a “meth affected property” by Fremont County. Signs taped to the property’s fences said anyone that enters the property illegally will be prosecuted.