PUEBLO – Helen Benavidez and her staff chose enchiladas, rice and more for Monday’s meal at the Pueblo Community Soup Kitchen.

It’s the type of meal that warms your soul, but the hot lunch may soon be the truest sense of warmth for those experiencing homelessness in Pueblo, after the city’s plans for a homeless shelter fell through.

Benavidez, who said the kitchen serves more than 150 people a day, is worried about the health and safety for those living on the streets in the coming months.

“Some of these folks, they’re just not going to make it in this cold weather,” Benavidez said. 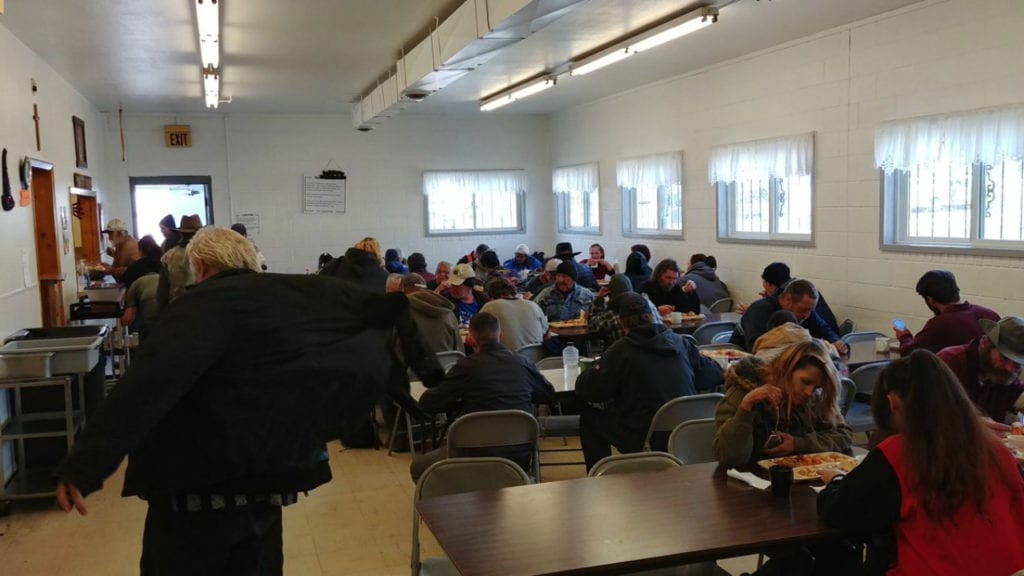 Many of the kitchen’s diners are homeless and had hopes of being out of the cold this winter.

That includes Deandroaah Decker and Samatha Rodriguez, who both said coming to the kitchen for meals is often the highlight of their day.

“To know that my mom up above would not know that I’m freezing cold, her baby girl… That touches my heart,” Decker said.

John Tompkins has lived without a home in Pueblo for almost two years. He said he was excited to “have a place to go” when the temperatures become dangerously cold.

“What are the 200 to 300 people who are homeless in this town going to do other than just be chased around everywhere,” Tompkins said.

The city estimates around 80 people are homeless and living on the streets every night.

Still, Tompkins said his optimism toward the shelter wasn’t so much about being warm. Rather, it was a sense of security.

Pueblo officials continue their search for both short and long-term solutions to homelessness, as those in need hope they find something and fast.

“It will [be upbringing], meaning it’ll better their lives as far as they have something to look forward to,” Rodriguez said.

Pueblo City Council was set to vote on the ordinance Monday that would have approved the purchase agreement for the two properties.

Now, it’s unclear what the city will do next.