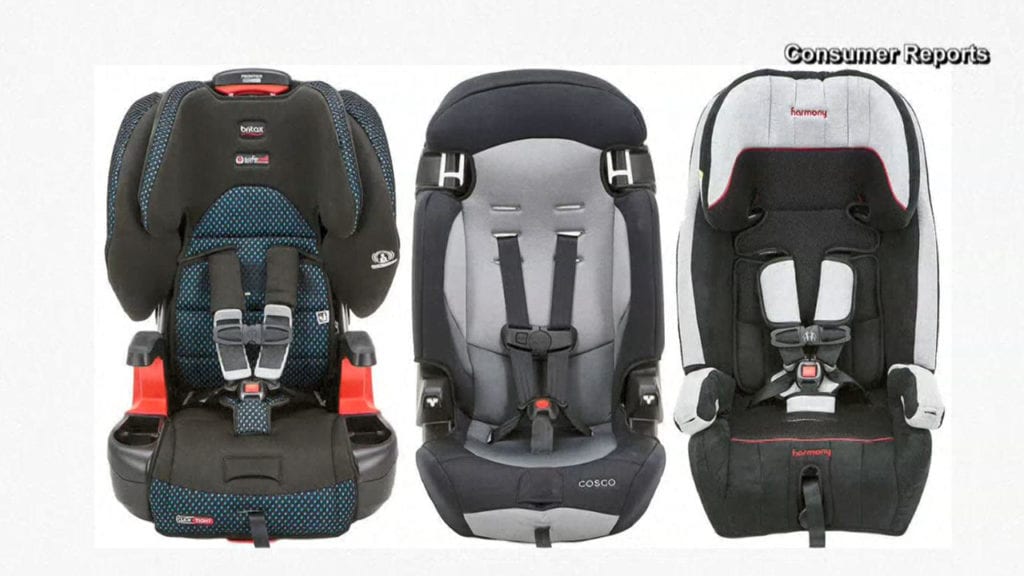 The organization said the Britax Frontier Clicktight, Britax Pioneer, Costco Finale and Harmony Defender 360 all had parts break during testing.

Consumer Reports said the load-bearing components at the back of all four seats broke when they carried dummies weighing near the seat’s limit for its harness system.

The seats did meet federal crash test requirements, which are required in order to be sold.