The tax hike for more revenue, passed by voters, was meant to last a decade or more, according to Chief David Delvecchio.

“It’s been four years, and that money is pretty much all gone,” Delvecchio said.

Now, Canon City Fire, along with an estimated 80 districts across the state, is in financial trouble again. 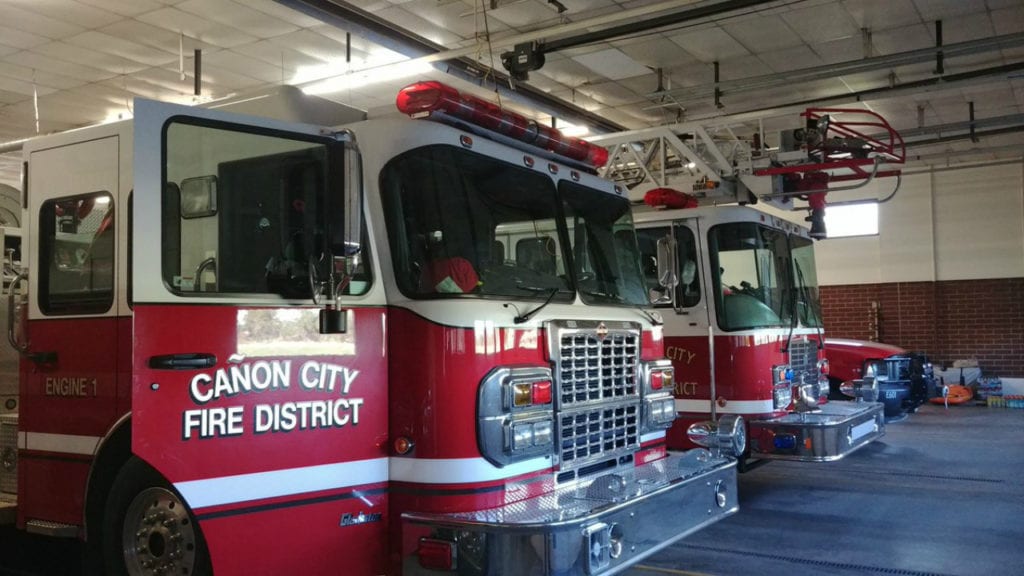 The fire protection districts rely on property taxes for revenue — a tax Coloradans are paying less of.

“People’s valuations have increased about 6 percent is what we found as the average, but their actual taxes paid have decreased,” Delvecchio said.

The problem lies with the Gallagher Amendment. Passed in 1982, it controls the amount of property tax collection in the state at 55 percent commercial, 45 percent residential.

The residential assessment rate is currently at 7.2 percent, but experts predict it will fall to 6.1 percent, despite increasing property values.

“If we go to 6.1 on the residential assessment rate, it might come to the point of reducing our firefighter personnel,” Delvecchio said.

What property owners see as a nice tax cut could mean a 25 percent budget cut for the Canon City Area Fire Protection District — impacting the lives of firefighters like Trevor Marshall.

“It’s scary, just knowing that there’s potential firefighters are going to lose their job over this,” Marshall said.

That’s why Canon City Fire is asking voters for another mill levy increase. This time, it’s a minimal jump to cover lost revenue with the ability to increase it to 12 mills, if needed.

At the same time, Delvecchio said he hopes the state can find a long-term funding solution.

“When [taxpayers are] paying less, and they’re trying to fund at least the same services, it’s not going to happen,” Delvecchio said.

TABOR, the taxpayers’ bill of rights, is also restricting revenue flows to fire protection districts. The constitutional amendment requires a vote of the people to pass a tax increase, but does not require it for tax decreases.