COLORADO SPRINGS – After finishing his last round of chemo just a few weeks ago, the youngest member of the Colorado Springs Police Department made an appearance at the Stetson Hills Divison Wednesday.

4-year-old Joshua Salmoiraghi reported for duty Wednesday afternoon with big smiles on his face. CSPD tweeted photos of the brave young boy giving a big thumbs up with local officers. 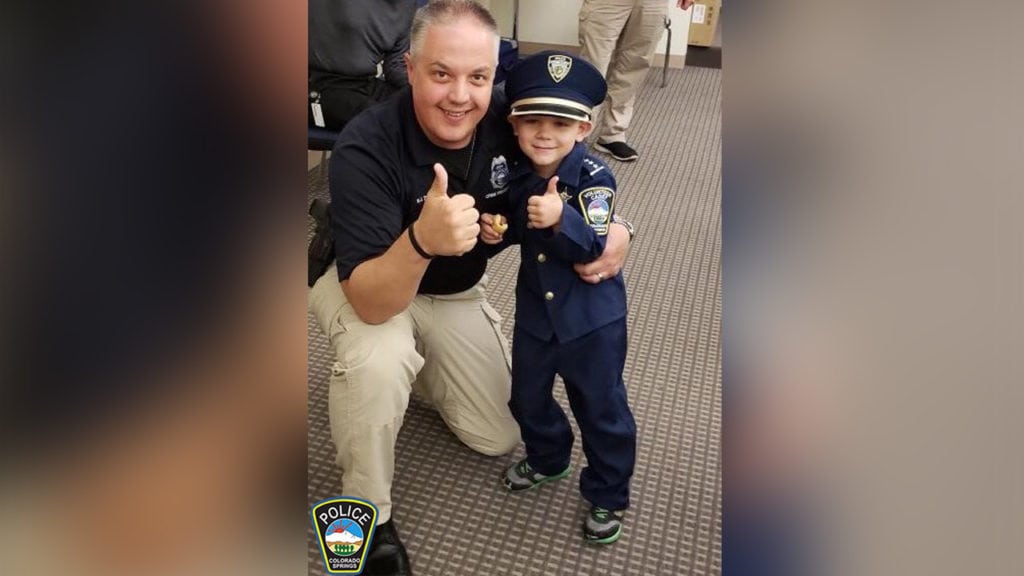 Joshua was sworn in as an honorary officer with the Colorado Springs Police Department on April 17, just before undergoing an aggressive round of chemotherapy. But after a long challenging journey with kidney cancer, claps and cheers filled the Children’s Hospital hallways as Joshua finished his last round of chemo in August.

Joshua’s family moved to Colorado Springs from Los Angeles in March. Joseph Salmoiraghi, Joshua’s father, is a disabled veteran and pastor, while his mother, Amanda, is a Major in the USAF stationed at Peterson Air Force Base.

The 4-year-old was dressed in full uniform as he enjoyed some donuts and made himself comfortable at the Stetson Hills Divison Wednesday.  We’re happy Joshua seems to be doing well post chemo! 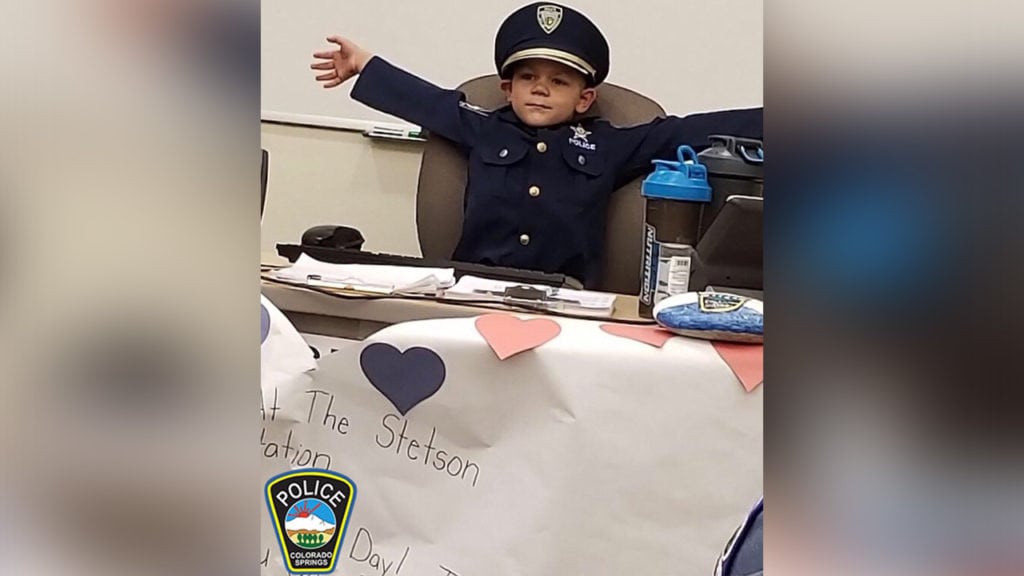 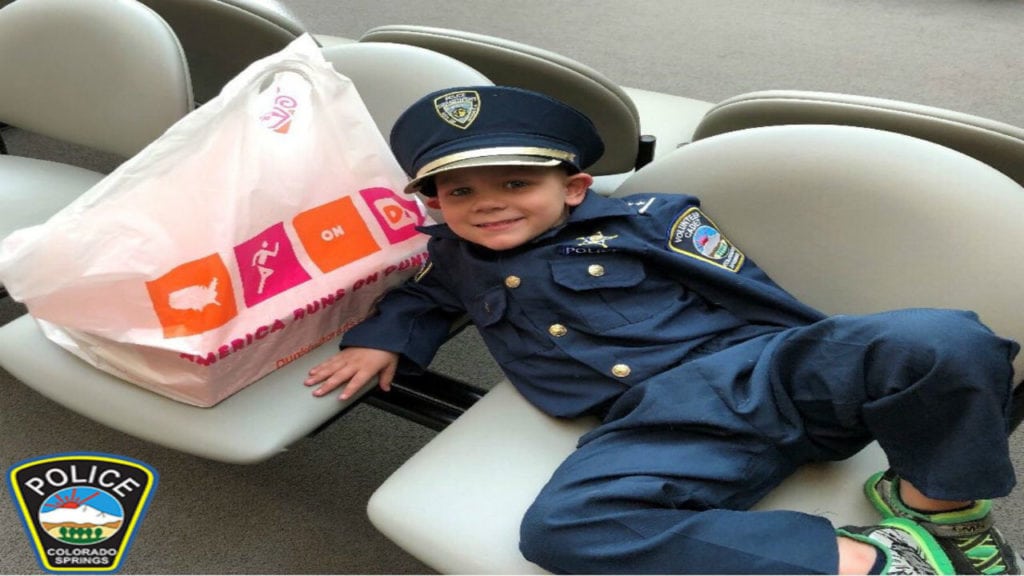