COLORADO SPRINGS – The Rockies game was on a projected screen, play-by-play audio pumped through the speakers and fans could feel the postseason vibe.

They weren’t at the game, but for fans like Kyle Fisk, it was the perfect setting.

“I seriously considered getting on an airplane this morning going to [Los Angeles], but I don’t think the wife would have been super happy with that. So, Overtime [Sports Bar and Grill] was a great backup plan to come here and watch a game.”

The results didn’t go the way Colorado sports fans hoped for, but a playoff-like game for the Rockies and a Monday Night Football rivalry for the Broncos had Colorado Springs sports bars buzzing all afternoon long. 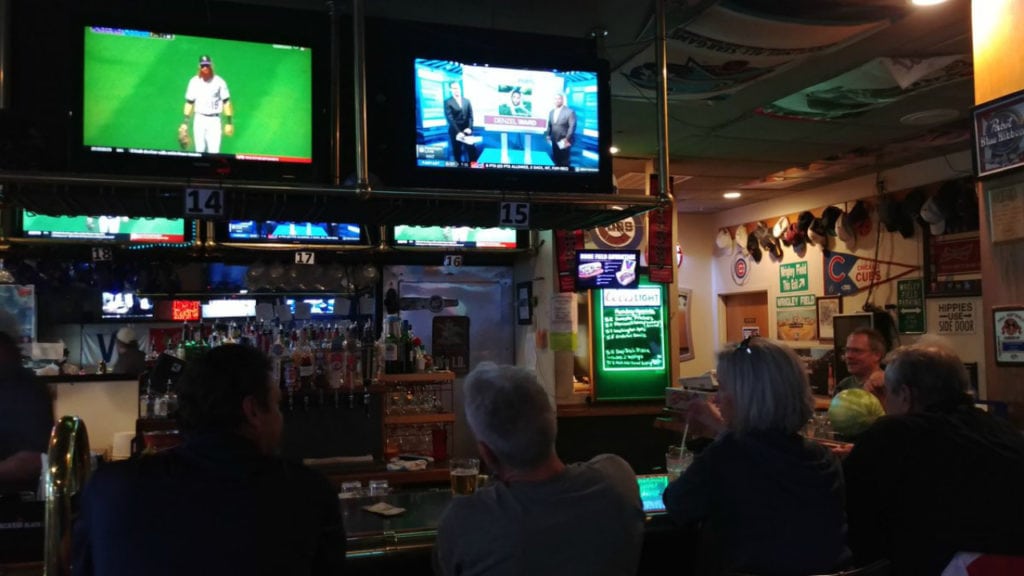 Colorado, playing the Los Angeles Dodgers in Game 163 to decide the National League West division, was looking to win its first-ever division title.

Fisk, a self-proclaimed diehard Rockies fan, said he even changed around his work schedule for the Rockies game.

“The beauty of being the boss is that you get to rearrange your schedule, and so I’m working off-site this afternoon after I moved my afternoon meeting to this morning, and, you know, here getting work done,” Fisk said.

He wasn’t alone. The crowd at Overtime Sports Bar and Grill was four times the size it usually is on a Monday afternoon, according to employees.

“This is a great sports bar. The owner here is a big Rockies fan. One of the things I love about him is he turns the audio on. He’s got the big projector and the screen, so it’s a great place to watch a ballgame,” Fisk said.

Overtime staff said they made half their normal Monday earnings by the sixth inning of the Rockies game, despite their 5-2 loss to the Dodgers.

Then, another wave of fans moved in at sports bars across the area.

“Well, initially we just kind of came here to have a couple drinks, but then I realized this is the perfect place to watch the game tonight with the big screen back there,” said Karla Dunston, who’s been a Broncos fan since she can remember.

Cleats Bar and Grill East started seeing Broncos fans during the Rockies game — all enjoying the food and drinks, hoping for wins.