AIR FORCE ACADEMY – For most schools, Homecoming marks a weekend of celebration as alumni are welcomed back to campus.

The weekend usually includes a football game, but it’s a bit different at the U.S. Air Force Academy.

The Academy hosted its annual Homecoming Memorial Ceremony Friday night, honoring the lives of 139 graduates and former staff members that have passed away since last year’s ceremony. 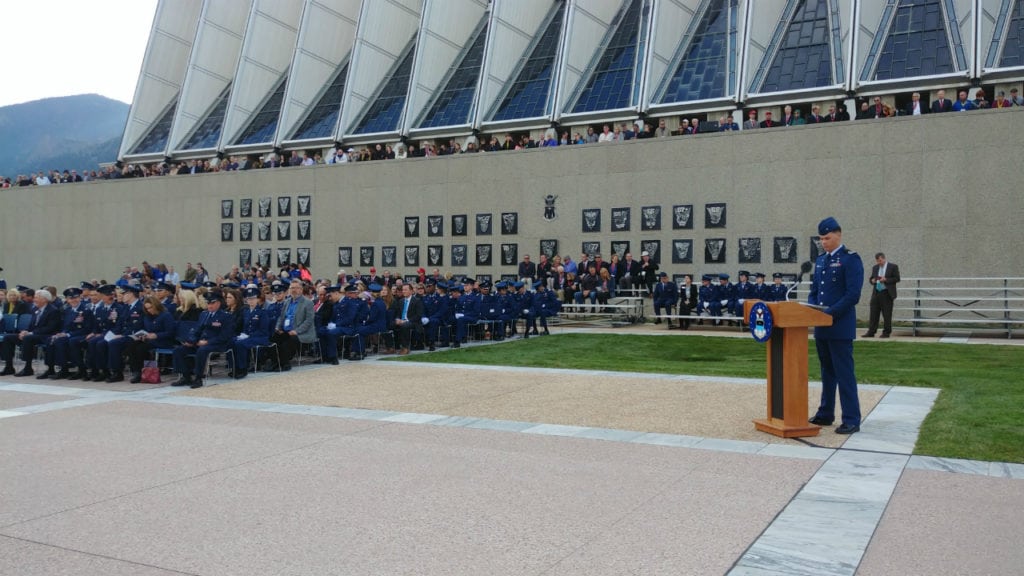 Cadets read each of the names aloud in a ceremony that also included a 21-gun salute, the playing of taps and the laying of a wreath near the class wall.

Cadet Third Class Derrick Dye, who read all of the names, said the ceremony is the least current cadets can do to honor those that came before them.

“Any little thing that we can do that will show them that we care about the sacrifice their family made. Anything we can do to show that we’re appreciative of the legacy that they left us,” Dye said.

The ceremony also includes a moment of silence and prayer.