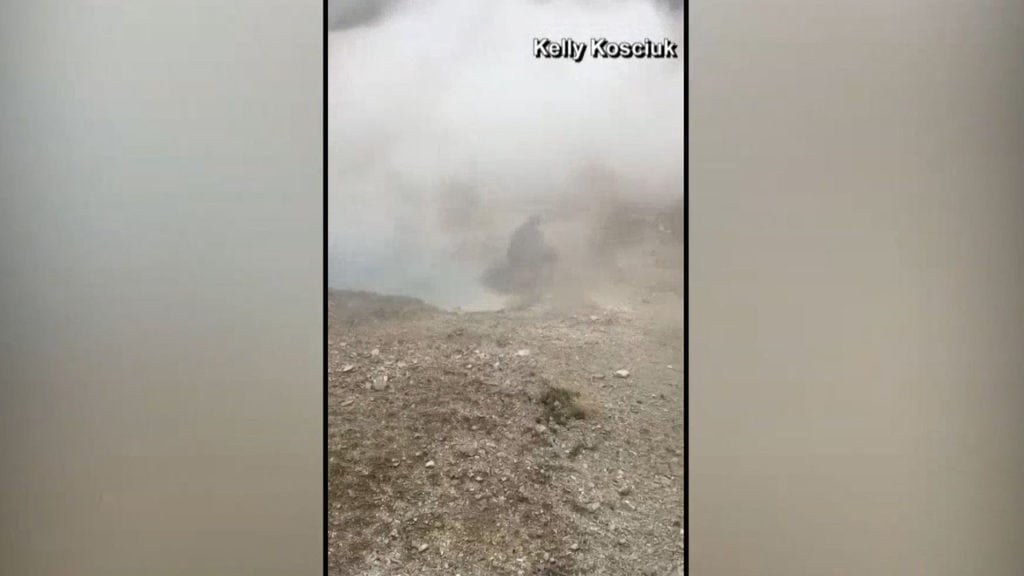 Police said Thursday that they arrested 27-year-old Gabriel Villalva of Greeley, Colorado, after he drove recklessly around Cheyenne, which is a seven-hour drive from Yellowstone.

Police say they stopped Villalva with spike strips after a 15-minute chase Wednesday. They say he spun his wheels and his SUV caught fire.

Police say they fired beanbag rounds to subdue him.

Yellowstone rangers cited Villalva for walking off boardwalks and within a few feet of Old Faithful on Sept. 14. Tourists also captured video of a man resembling Villalva sitting next to one of Yellowstone’s hottest springs. Video also appeared to show Villalva urinating into Old Faithful.

Villalva was jailed Thursday and couldn’t be reached for comment.