Rushing water flooded the streets forcing trees, hail and mud into the roadways. This caused Highway 115 at Pathfinder Park between Florence and Canon City to close Monday afternoon.

News 5’s Andy Koen caught up with some homeowners working to assess any damage and cleanup to their homes Tuesday. Debris from Chandler Creek washed up into Steven Talent’s yard and pushed a dumpster into his home.

Debris floating up from Chandler Creek pushed this dumpster into Steven Talent’s home in Fremont Co. The noise was so loud he thought there had been an explosion. pic.twitter.com/PGeZ1DZZDz

He said the noise was so loud it sounded like there was an explosion.

Across Highway 115, flooding was so powerful it washed away Ann Aldrich and Mason Parsaye’s vineyard. The debris even moved their camper several feet. 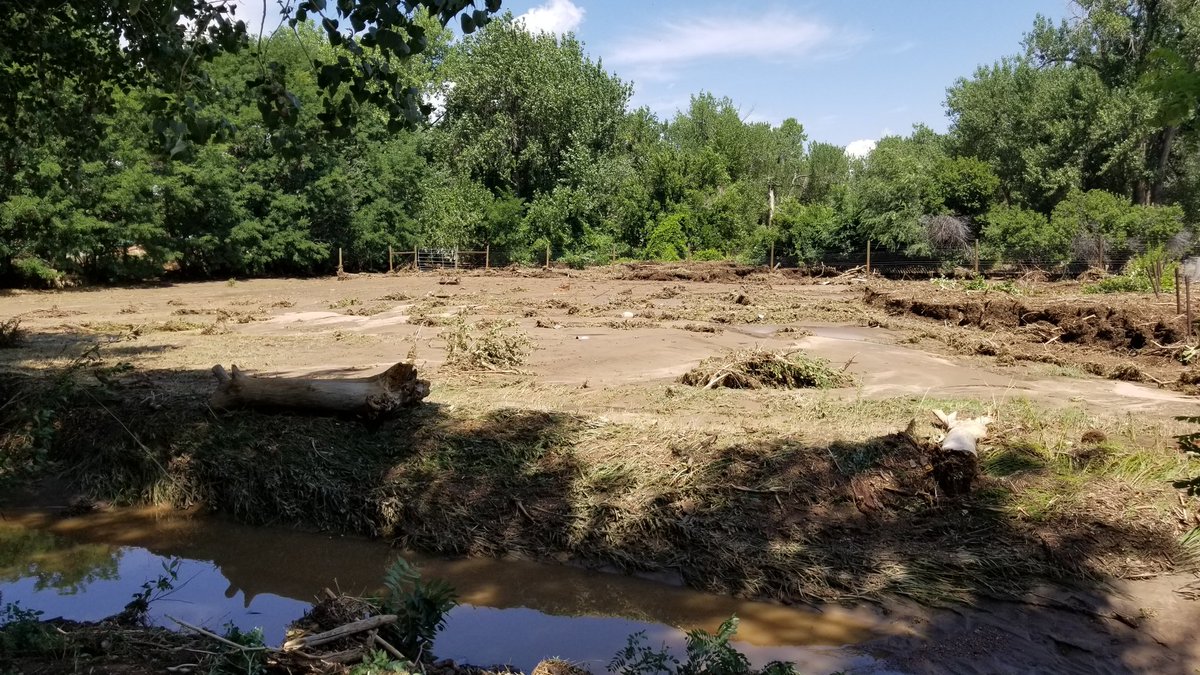 A local burger spot was flooded and had to close for business Monday. But due to a number of volunteers that helped shovel and pressure wash away mud, Big Burger World will reopen Wednesday.

Highway 9 and Highway 115 have since been reopened. Highway 9 at Highway 50 and Hartsel was closed due to water in the roadways. Fremont County Road 69 between 11-a and 77 remains closed.