An inmate from the Colorado State Penitentiary in Canon City died following an altercation at the prison on July 21.

According to the Colorado Department of Corrections (CDOC), a serious fight involving multiple offenders broke out. Inmate Thomas LaPerch was involved and transported to a local hospital with his injuries.

On July 22, Laperch died from his injuries from the fight, according to a release. LaPerch was serving out his sentence for the following charges First Degree Arson, First Degree Murder, Possession of Contraband in the First Degree and Aggravated Criminal Mischief. 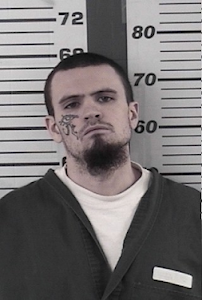 According to 9News Denver, the 24-year-old was found guilty of First Degree Murder, Arson and Criminal Mischief after a man was found dead in a burning home in Golden in March 2014.

57-year-old William Burchett was killed after subletting the lower level of his home to LaPerch, but was reportedly uncomfortable with the arrangement. 9News said Burchett offered to give LaPerch his money back to move out, but he refused.

Burchett was reportedly found dead in the burning home on March 15, 2014, with more than 20 stab wounds and an empty bottle of kerosene near his body.

There are no further details being released at this time. The incident is under investigation by the CDOC Inspector General.

The CDOC said this does not appear to be related to a homicide that happened at the Buena Vista Correctional Facility last week.