For the second time in a year a popular and tiny piece of art has been stolen from downtown Colorado Springs.

The statue known as "Pikes Peek" was pried from its post outside of the Colorado Springs Police Department some time this week.

"Its a pun on the landmark of Pikes Peak like every other civic treasure in the series it is a tribute to one of the natural wonders that makes Colorado Springs such a special place," said Claire Swinford, the urban engagement manager for the Downtown Partnership.

Standing about 8 1/2 inches tall the statue is made of aluminum and painted to look shiny and gold. This means as far as scrap metal goes, the statue is about as worthless as a soda can, according to Swinford. It was held in place with proxy and a bolt. The thief was able to pry it from the bolt, which was left behind.

Swinford said local scrap yards have been sent a picture of the statue and asked to be on the look out for it. She calls the theft unnecessary, and explained that taxpayer dollars do not fund the sculptures downtown.

They are acquired by community donations, something Swinford said means the thief was actually stealing from friends and neighbors who gave money, as well as those who enjoy the art pieces.

"Every kid who grows up here knows about the little yellow footprints that you can follow to find the little treasure sculpture hidden away somewhere," Swinford said.

She is asking for the return of the statue, no questions asked. It can be brought to the police station or tips can be called in as well to the non-emergent line 719-444-7000. Tips can also be called in to the Downtown Partnership 719-886-0088 or it can simply be returned to their offices at 111 S. Tejon.

"Public art is one of Colorado Springs’ treasures and it does help make our community a better place. The piece in question was not funded by taxpayer dollars but rather donations form the public. When you steal from this exhibit you’re stealing from the pockets of your fellow citizens who have chosen this way to make the community a better place," Swinford said.

Late last August, another popular statue was taken from downtown, by the same artist in the same series. The Kissing Camels statue was also made by Scottie Burgess, a Colorado Springs born, Denver artist. The Downtown Partnership created a kickstarter campaign to raise money for a replacement to the camels and Burgess recast the statue at the cost of materials to give back to the community.

The left over funds from the campaign were used to expand the series and yielded the Pikes Peak tribute. Other statues already in the series include a nod to Flying W Ranch and Seven Falls. 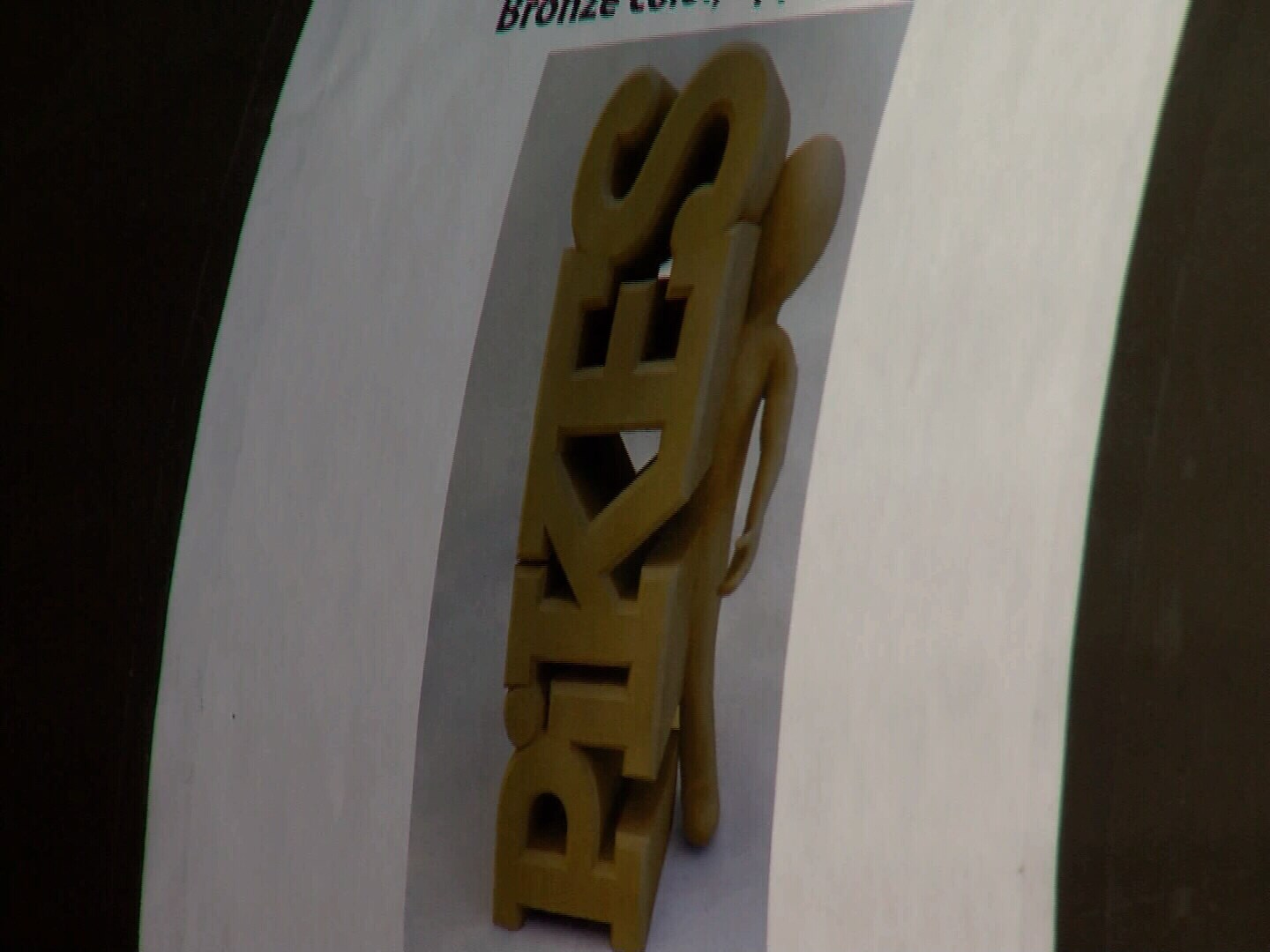