Vernon Jones dropped his car off at a pop-up hail dent repair tent but says the company never finished the job and forged his signature to get more than $5,000 from his insurance company.

As Jones sits on his couch in his Security-Widefield home, his Dodge Ram Pickup truck is sitting in a parking lot at 1950 S. Academy next to the “AAG Auto Hail Repair” tent.

Jones says the company demanded the unsigned $5,470 insurance check up front to ensure they would get their money. When the repairs were done, Vernon says he was to sign the check and get his car back. However, that was mid-June.

“I said that wasn’t acceptable,” Vernon said. “He (the owner) said we’ll get you squared away.” 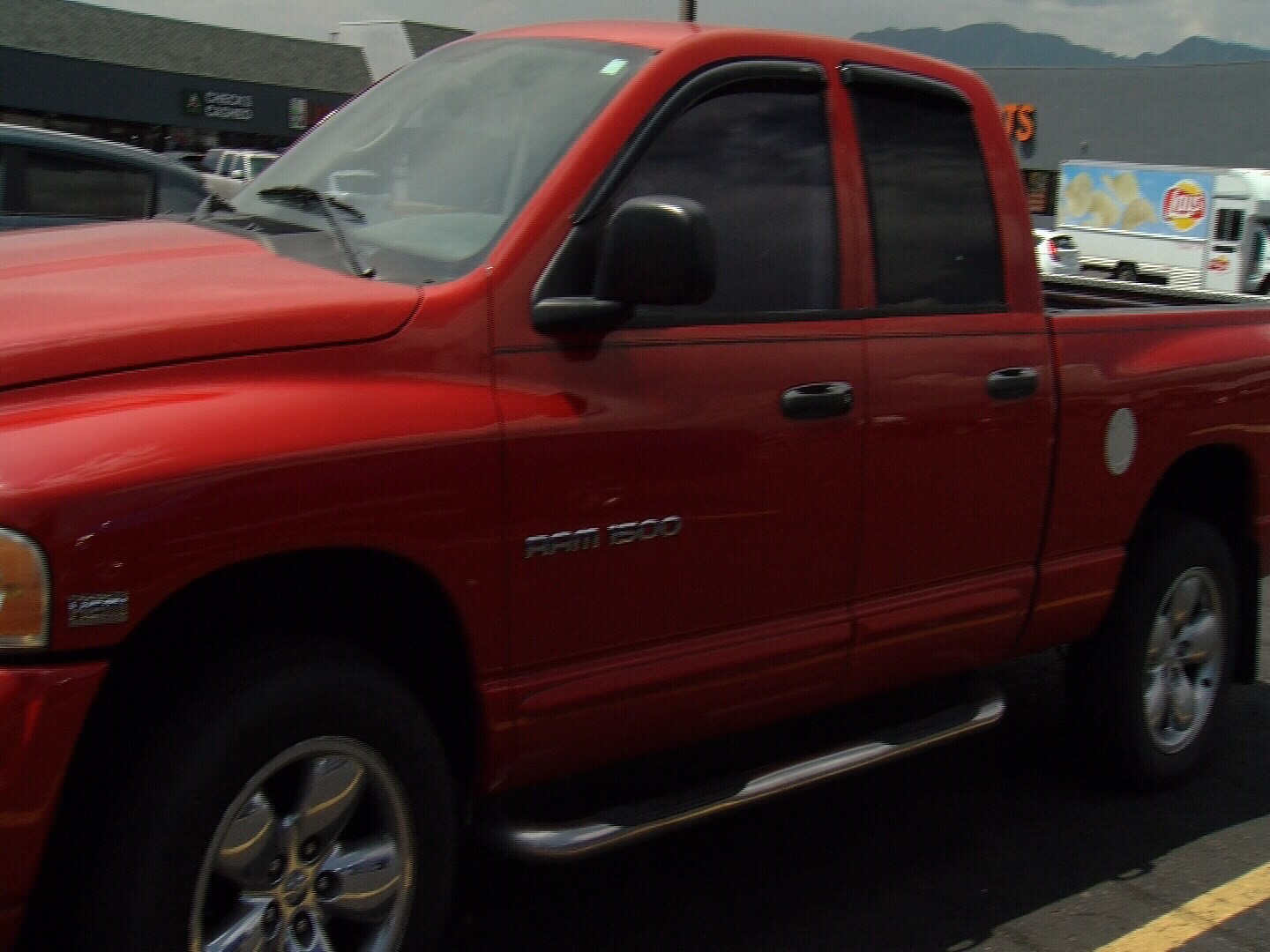 When Vernon called his insurance company to complain about the situation, he found out the check was cashed.

“I asked them to send me a copy of that check,” Vernon said. “When they sent me a copy of the check I got back to them and said I didn’t sign it. That’s not my signature.”

Vernon claims the signature on the check is a forgery and points to the fact that his named is spelled incorrectly.

We compared the signature on the check to his military ID and a contract he signed with the hail repair company. The “J” on the forgery is clearly different from Vernon’s known signatures on the right:

Also, the “V” in Vernon’s known signatures are pointed at the bottom, while the “V” on the alleged forgery looks more like a “U”.

News 5 Investigates also couldn’t tell what the last letter was at the end of Vernon’s first name on the alleged forgery, but we know it wasn’t an “N”.

We had a lot of questions for AAG Auto Hail Repair, but employees were not eager to talk with us.

As soon as Chief Investigative Reporter Eric Ross identified himself, an employee decided to hide behind a tarp.

“Stop filming me,” the employee said.

When it was clear we weren’t going away, the employee re-appeared. 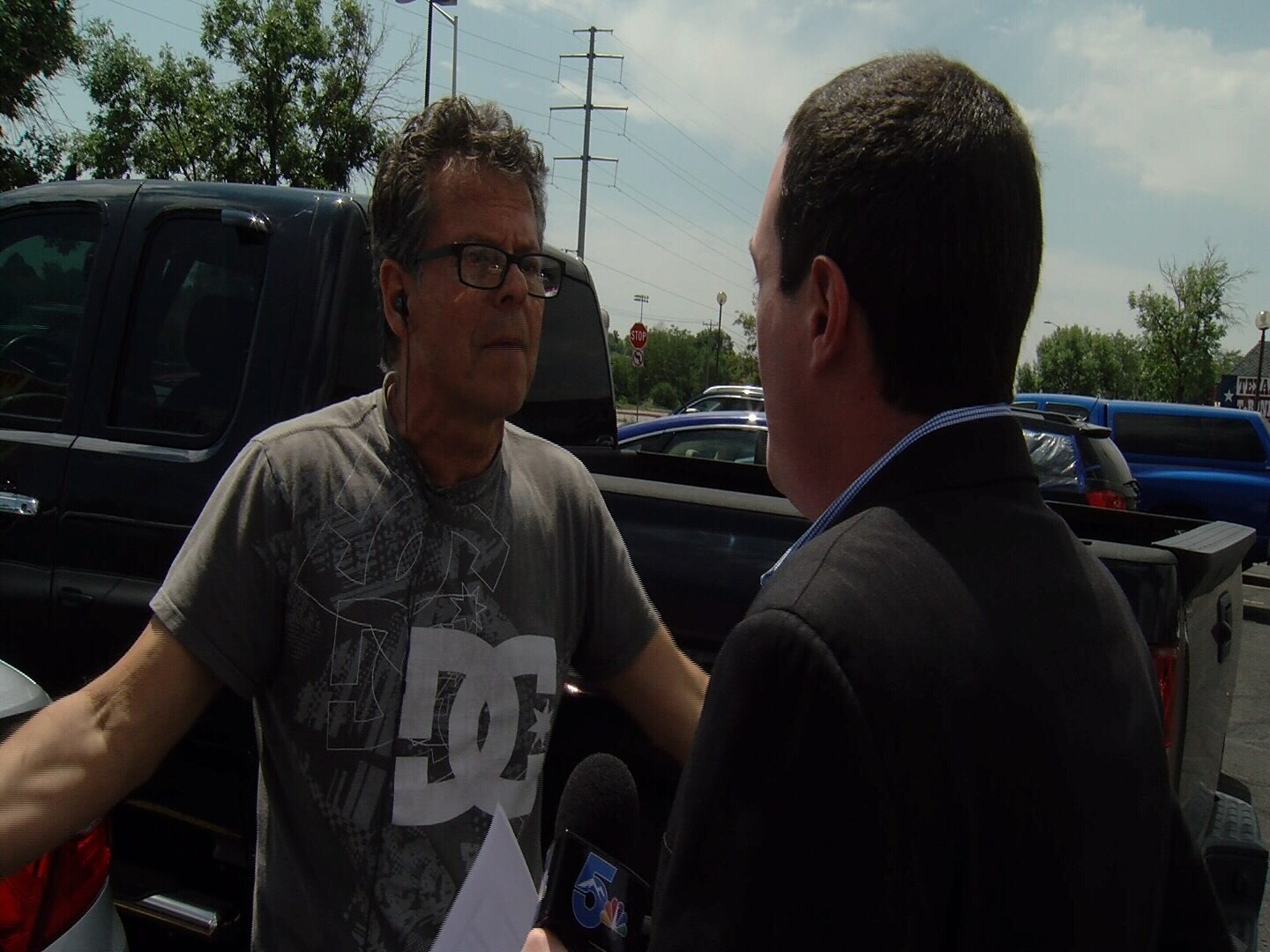 Ross called the owner, Hector Pinedo. He immediately hung up the phone.

“Okay, sir, I tried to call Hector and he hung up the phone,” Ross explained to the employee.

The employee asked, “So what are you going to do?”

“I’ll wait here for him to come back,” Ross said. “Can you call him and get him down here so we can ask some questions?”

News 5 ended the “unproductive” conversation and stumbled upon another alleged victim in the parking lot.

“They said 1-5 days and it has been three weeks,” Kenesia, a customer said.

Kenesia says she hasn’t been able to get any answers and just wants the keys to her car back. She told us the owner was on-site a few moments ago, but left as soon as we rolled up.

“You guys just missed him,” she said. “Ya’ll walked up and he pulled off.”

A few minutes later, a woman arrives on scene, but she too is in no mood to talk. 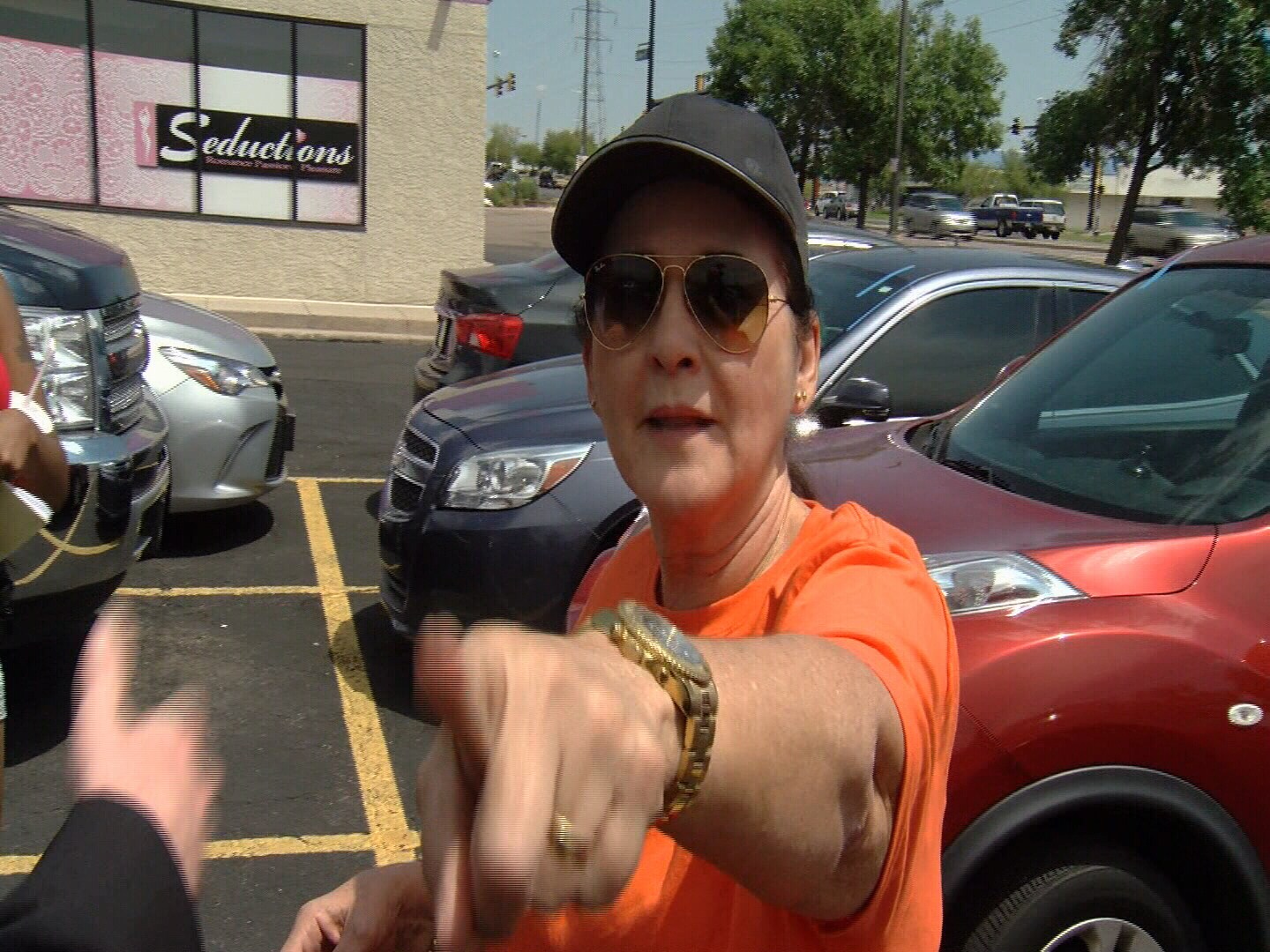 “If you don’t stop recording I’m going to sue your ass,” she said.

The woman then grabs our photographers camera.

“You cannot touch the camera,” Ross told the woman. “While you’re here, I do have a couple of questions.”

As that woman dodged our questions, the first employee we encountered came back to shove our photographer.

We continued pressing for answers and when we did, employees starting packing up to leave.

“Oh, so now you guys are leaving,” Ross said. “Isn’t that amazing how we do an investigation on insurance fraud and now you’re leaving?”

Finally, a man who identified himself as the owner showed up. 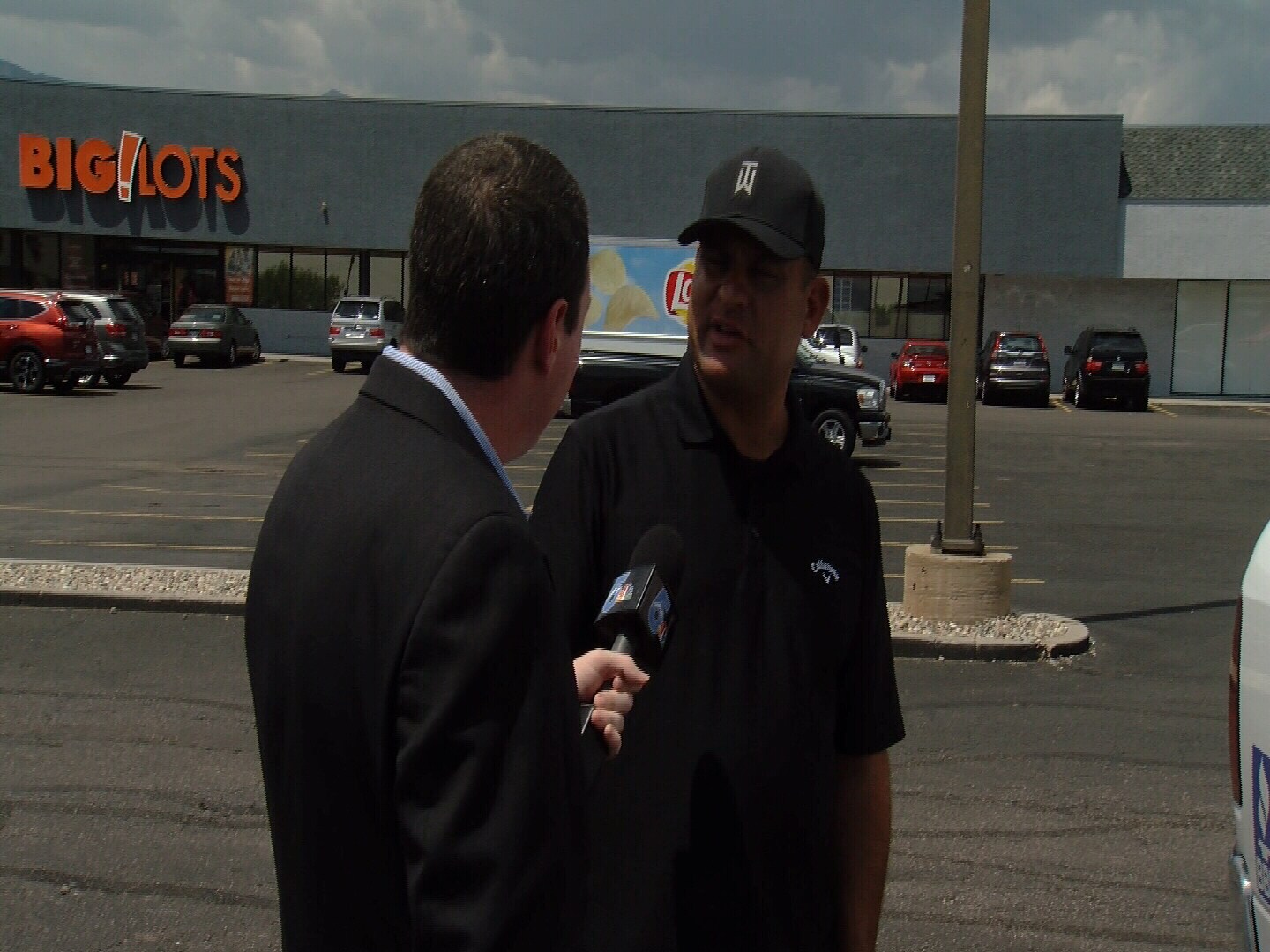 Ross asked, “Who cashed his (Vernon’s) insurance check because that’s not his signature?”

“Sure,” Pinedo said. “The check was deposited.”

Pinedo responded, “What are you trying to say?”

Ross asked, “Who signed the check? By the way, are you an accredited BBB business?”

Ross responded, “Really? I checked with the BBB and they said you’re not. When I plug in your phone number, it pops up a totally different business name with a ‘C’ rating. Is the BBB lying to me?”

Vernon is still waiting on his truck and insurance money back, but wants to warn others to beware of pop up hail tent shops.

“I want to see them put out of Colorado Springs,” Vernon said. “I know that if I got a shady deal then somebody else done got one. They might have not said nothing but I know they did.”

Jones is currently filing an affidavit with his insurance company to report the forged signature.

No word yet on whether Colorado Springs police will launch an investigation.

After the owner wouldn’t give Kenesia the keys to her car back, she got a spare and took it back herself.

If you have a story idea or issue you’d like News 5 Investigates to check out, send an email to News5Investigates@KOAA.com or call our tip line, 719-228-6275.