Tuesday night, the Teller County Sheriff’s Office said the Chateau Fire is at 35 percent containment and a major road connecting Cripple Creek and Florissant is back open.

Teller County Road 1 is back open with a pilot car.

Containment is expected to increase again Wednesday morning and more resources are coming in to help local firefighters get some rest.

In a community meeting Tuesday, residents applauded as officials updated the conditions of the fire. Fire officials said they are "cautiously optimistic" in the firefight as things are looking hopeful.

Seven homes have been lost in the blaze so far. Other structures like outbuildings and sheds might have been lost but that is still being assessed, according to the Teller County Sheriff’s Office. The sheriff said the reason why so many homes have been saved was due to immediate response from fire crews after receiving reports of smoke in the area.

The 1,394 acre fire forced roughly 571 homes and 1,700 people remain evacuated at this time. Another 1800 residents are on pre-evacuation notice. Crews also said they evacuated 193 small animals and 349 large animals so far.

Authorities have also opened an assistance center at Divide Elementary School, which will be open Thursday through Sunday from 10 a.m. to 6 p.m. That center will have Red Cross volunteers, mental health providers, vets the Teller County Department of Public Health and the the county assessor.

For evacuees, there is no timeline on when people will be able to return home but officials are working on a plan as containment is hopeful to continue to move forward. For those evacuated, mail can be picked up with an ID at the Florissant Post Office.

While recent favorable weather helped firefighters Monday and Tuesday, Teller County implemented stage III fire restrictions Tuesday. According to the Teller County restrictions, access to public lands will still be allowed but will have strict rules on burning and operating machinery that could start a fire.

State fire agencies define Stage III Restrictions differently, as they typically close access to all public lands and roads along with prohibiting any open burning or use of machines that could produce sparks.

The ban includes, open burning on public and private lands, use of gas and charcoal grills, and gas lanterns, outdoor smoking, discharging firearms, use of some internal combustion engines without a spark arrested (chainsaws, etc), use of explosives including fireworks and parking cars in grassy areas.

Violations of these restrictions can be punishable as a Class B misdemeanor, and a fine of not more than $5,000 for an individual or $10,000 for an organization, or imprisonment for not more than six months of both.

(Above: A LIVE 1 p.m. Tuesday update with Teller County officials) 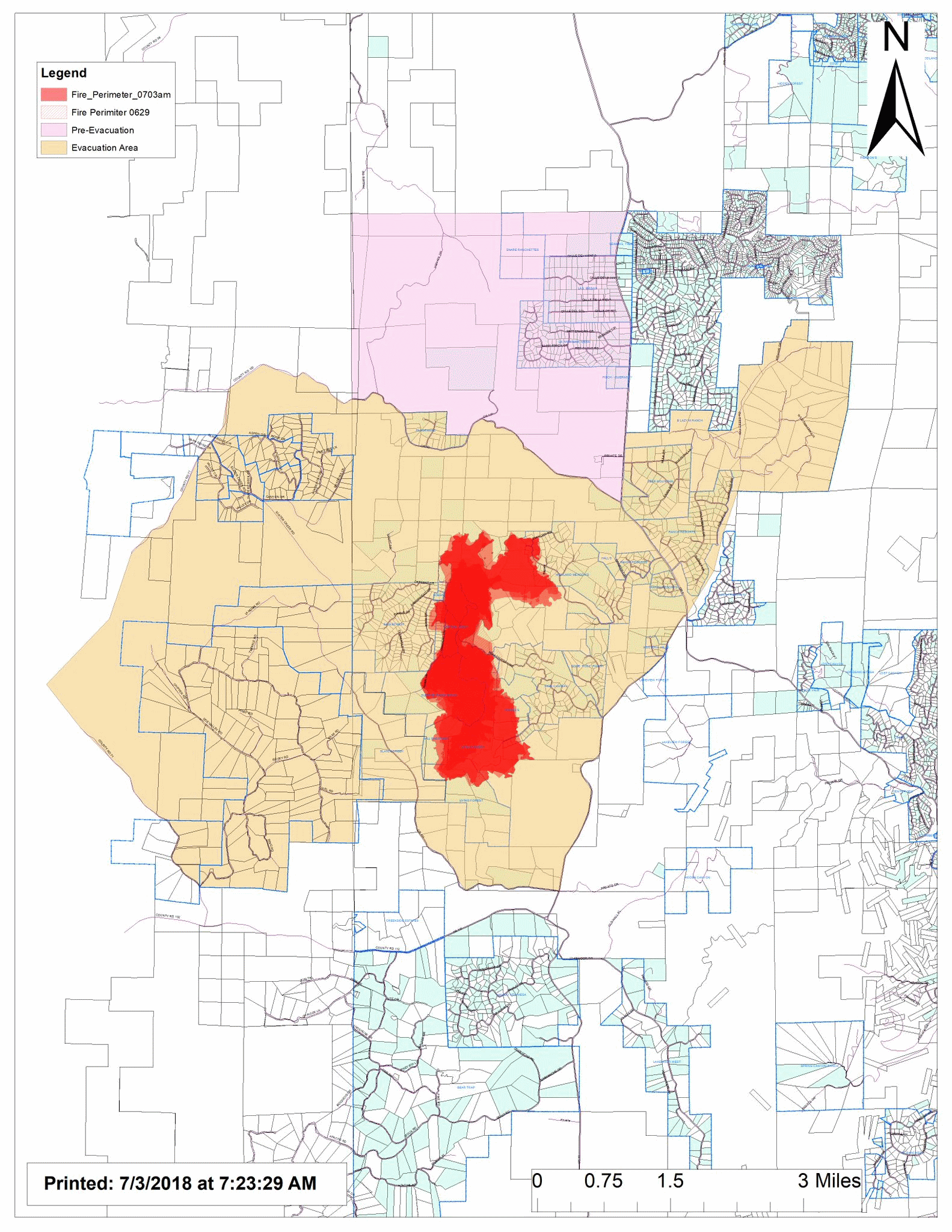 (Above: Fire zone map for the #ChateauFire in Teller and Park counties)

A Rocky Mountain Type 1 Incident Management Team is in command of the fire, after taking over command on Sunday. Firefighters will work to keep the fire from moving south and west of Teller County Road 111 to help reduce the impact to any structures.

At a community meeting held Sunday at 10 a.m., the Sheriff’s Office said the fire has NOT reached anything in Park County, nor are the Fossil Beds in the path of the fire. Colorado Springs firefighters are in the area assisting local crews with two Type 6 engines and a battalion chief.

Mandatory evacuations are in effect for the following areas:

Officials say over 500 large animals have been evacuated so far.

When the Teller County Sheriff’s Office holds more briefings News 5 will carry the event LIVE online, in the News 5 App, and on our Facebook page. 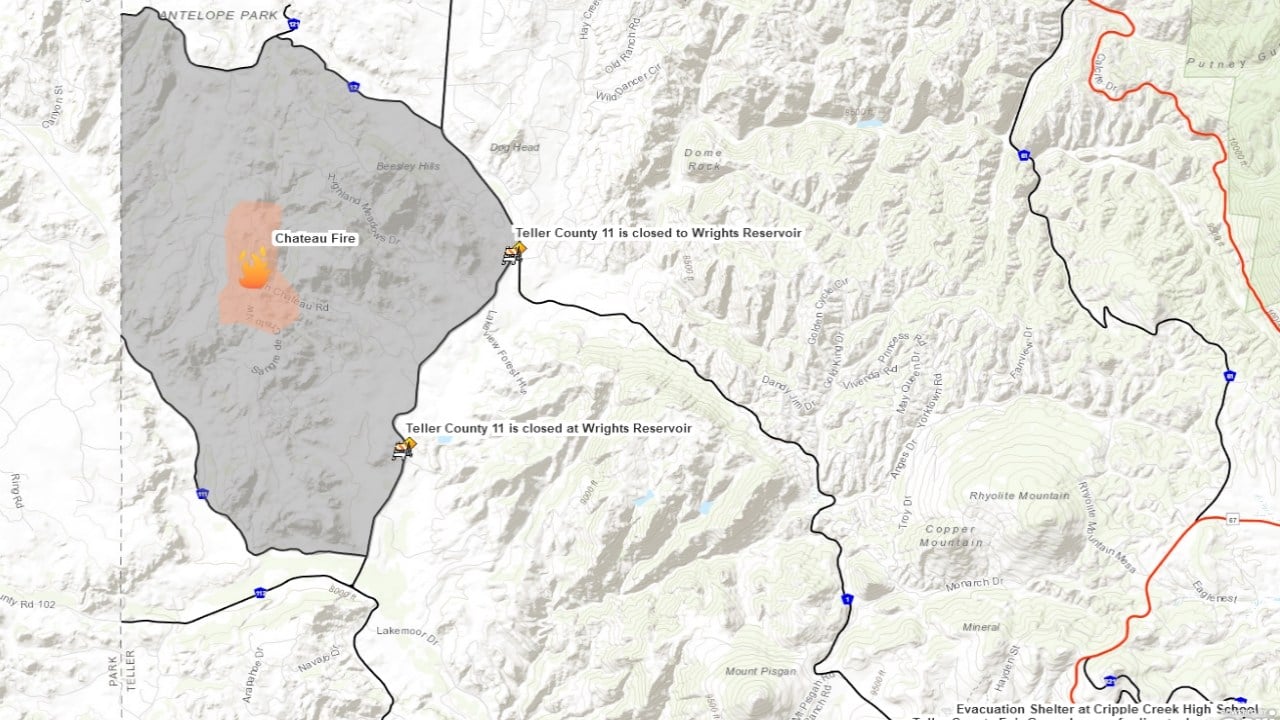 According to a spokesman, the fire started on around 1 p.m. Friday on 2 acres of forested land before it moved into the High Chateau subdivision.

Fire crews remind all citizens to use extreme caution and obey all burn restrictions, especially over the next few days.