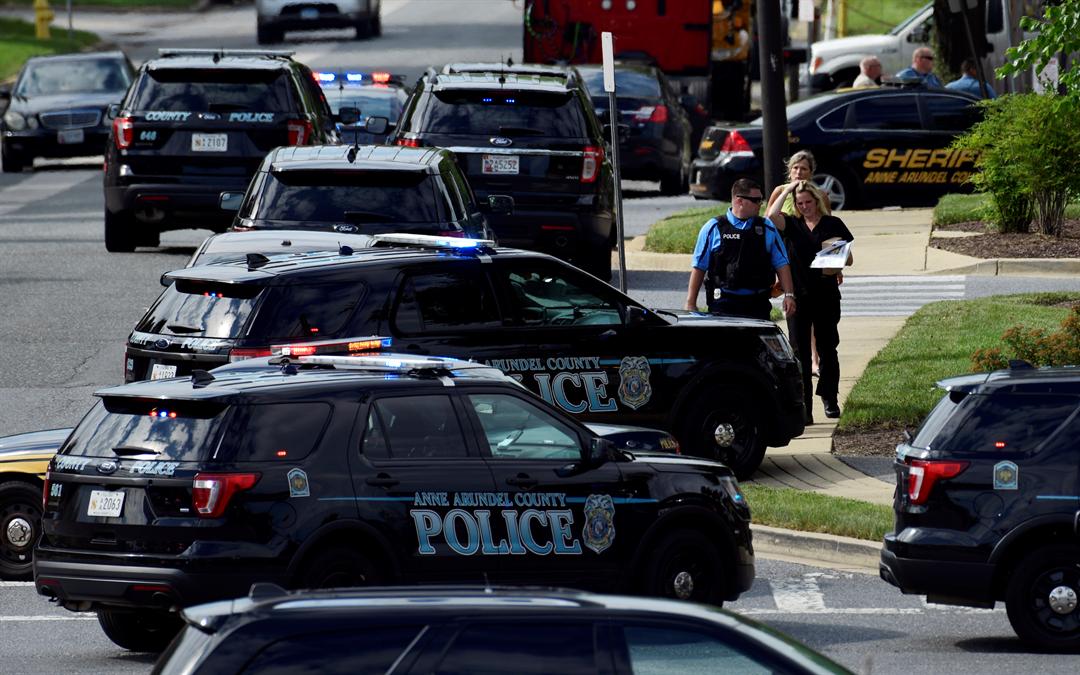 Police released the names of the five people killed in a shooting at a Maryland newspaper.

Lt. Ryan Frashure of Anne Arundel County Police read the names at a news conference Thursday night, hours after the shooting at The Capital Gazette.

Winters was the special publications editor. McNamara was a writer. Fischman was editorial page editor. Smith was a sales assistant. Hiassen was an assistant editor and columnist.

The official was not authorized to discuss the ongoing investigation by name and spoke on condition of anonymity to share details. Authorities said Ramos entered the building in a targeted attack and "looked for his victims."

In a news conference Thursday, Anne Arundel County acting police chief William Krampf said "general threats" had been made against the newspaper.