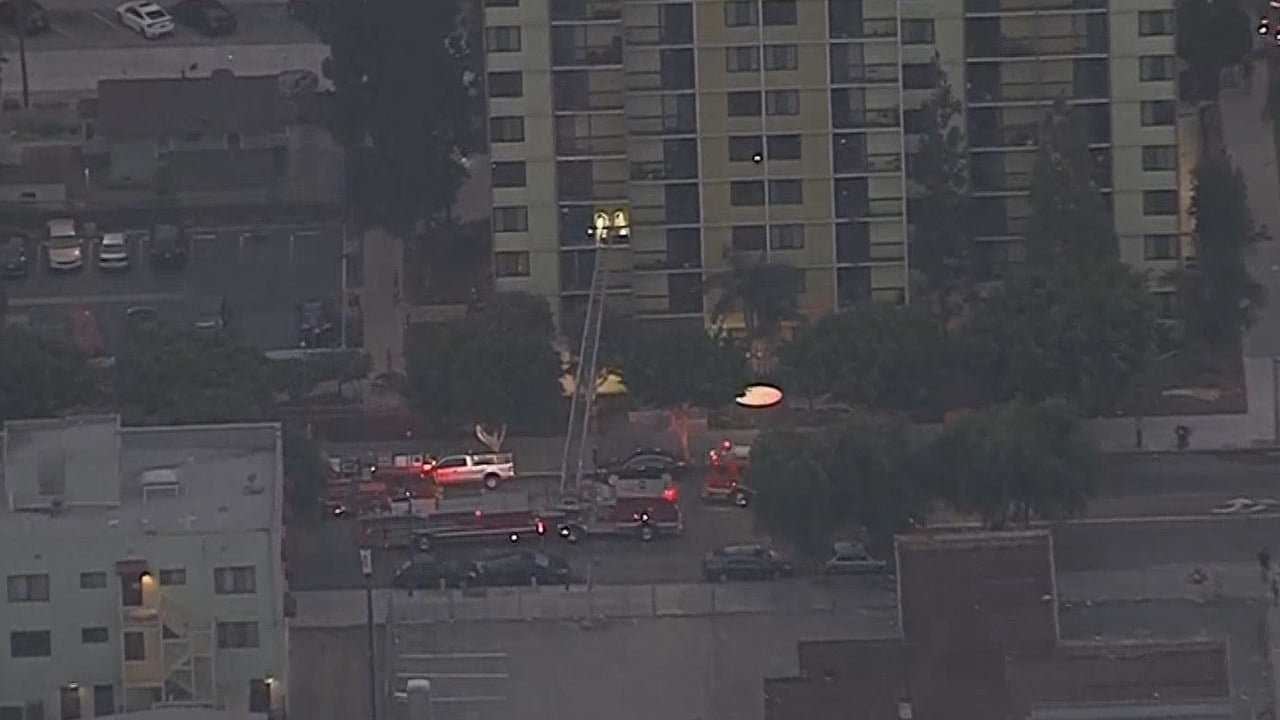 LONG BEACH, Calif. (AP) – Officials say two firefighters and another person have been shot at a Southern California retirement home and a suspect is in custody.

The shooting happened after firefighters responded to a pre-dawn Monday alarm at an 11-story tower in Long Beach, south of Los Angeles.

Long Beach Fire Department spokesman Jake Heflin says one firefighter was hospitalized in critical condition and the other suffered a non-life-threatening wound.

Police Sgt. Brad Johnson says another person was also wounded and hospitalized, but had no more information about that victim.

Johnson says a man believed responsible for the shooting is a resident of the facility and was taken into custody.

Heflin says firefighters arriving at the retirement home found some windows blown out, the smell of gas and a fire that they extinguished.