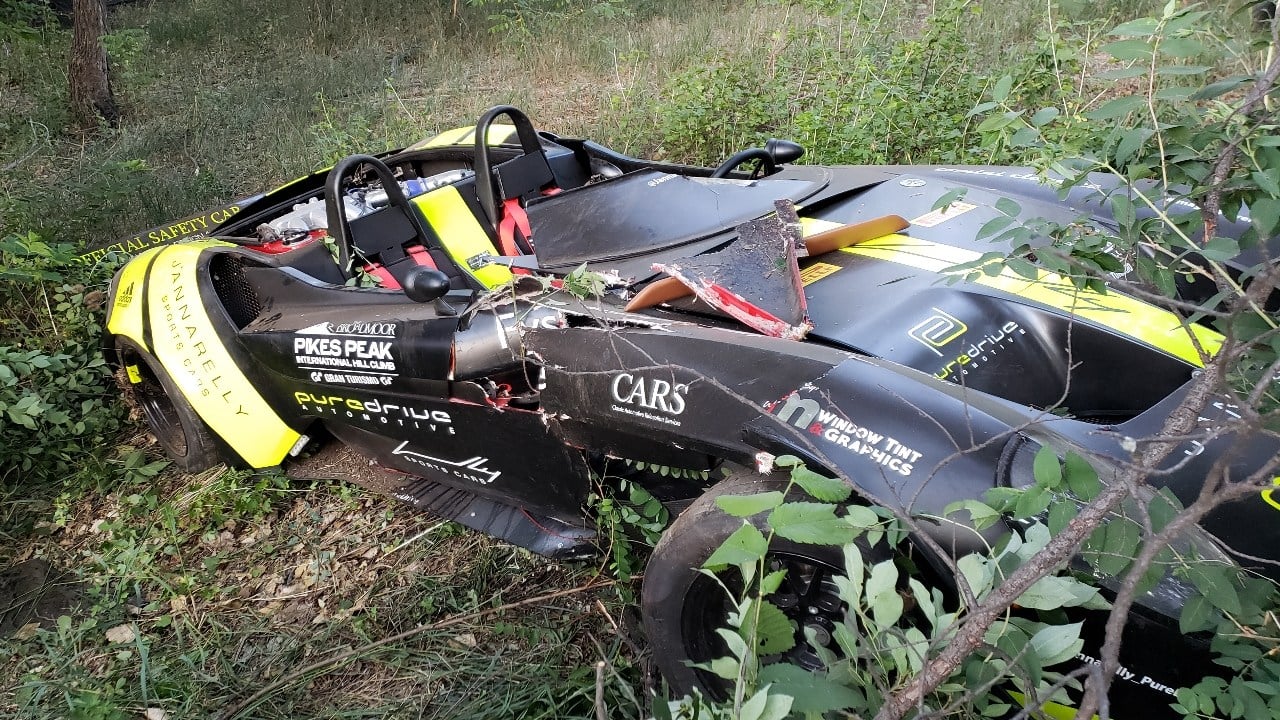 A family tells News 5 they had a close encounter with a sports car Thursday afternoon on Colorado Springs streets.

Photos from the family show a black and yellow two-seater with clear markings as an "Official Safety Car" for this weekend’s Pikes Peak International Hill Climb event. The owners call the vehicle Design-1 OSC.

Josh Cones, who shared the photos with News 5, says the car was going pretty fast down Lake Avenue eastbound near Highway 115 as it came up behind him, then went sideways off the road into trees. The driver was treated at the scene by medics and taken to a hospital to be checked out, according to Cones. 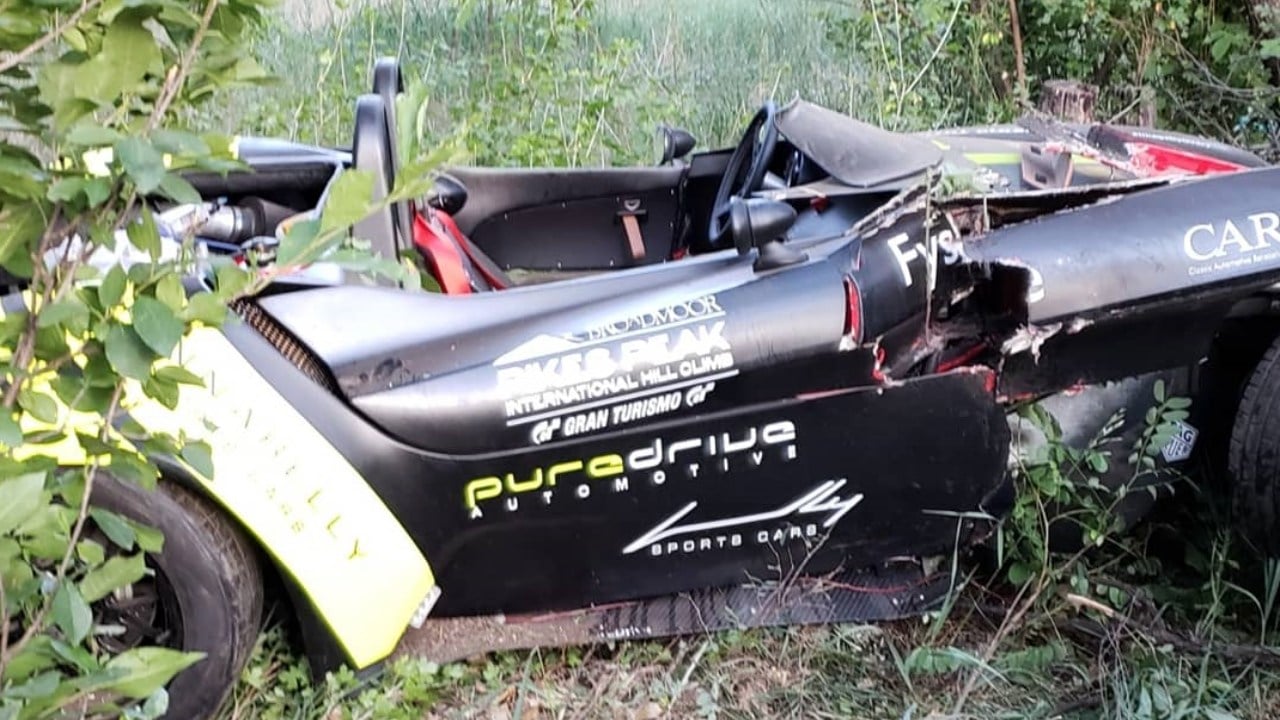 Details from law enforcement on what caused the single car crash are not available yet. One of the shared photos shows a Colorado Springs Police officer using a smart phone to take a photograph of the scene.

The official statement from the organizers of the Pikes Peak International Hill Climb reads as follows:

"Unfortunately, the street-legal Jannarelly vehicle was damaged in an off-course incident on Thursday evening, June 21st and will not be able to participate in the 96th running of the Pikes Peak Hill Climb. The driver was treated and released. There were no other passengers or vehicles involved.

The car’s role in the event was to make a demonstration run between the Motorcycle program and the Car program.

Our Official Safety Trucks and trained safety teams, along with a host of first responders and law enforcement agencies, will be in full force on the mountain this Sunday, able to respond to any and all emergencies should they arise." 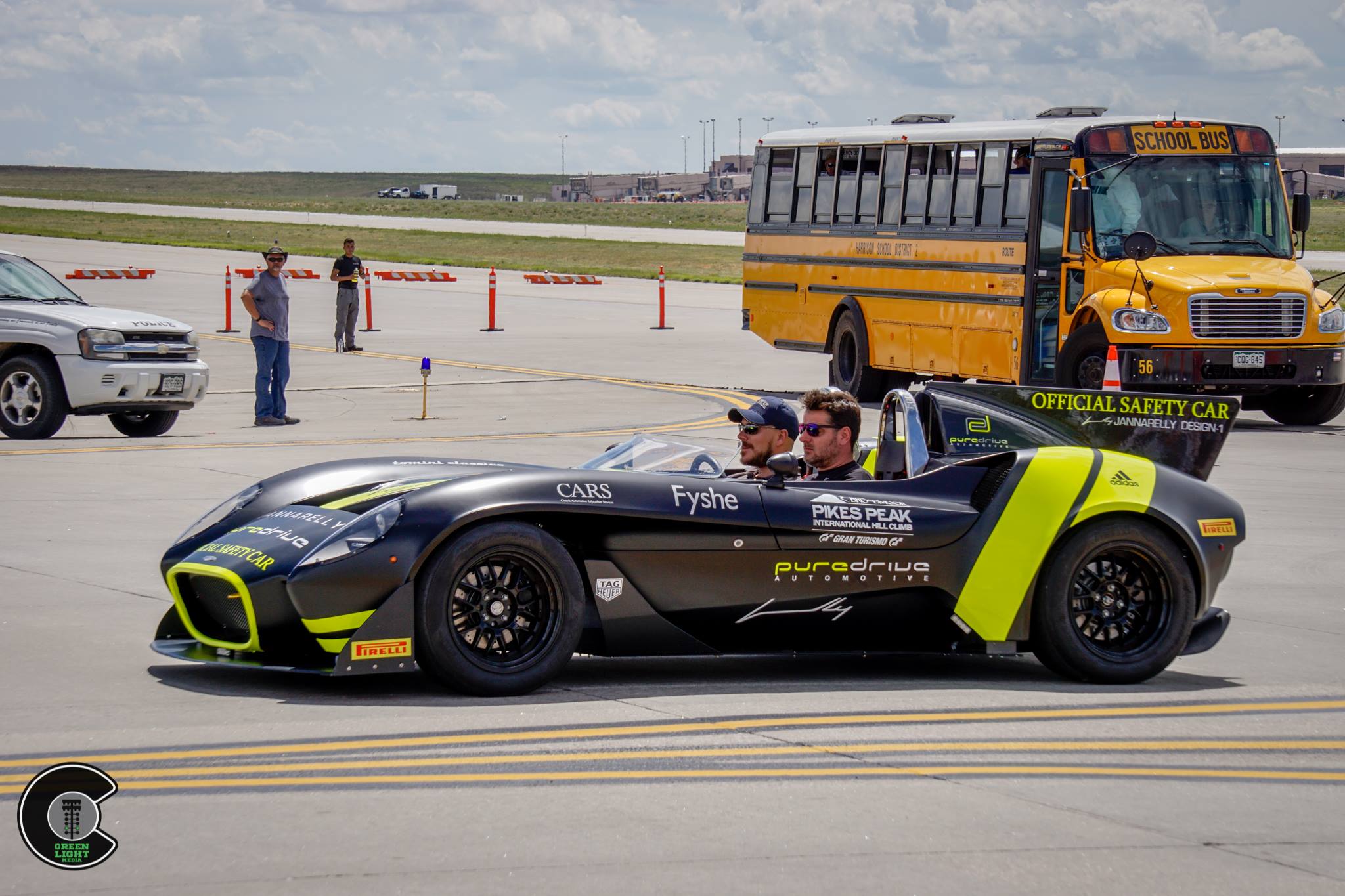 News 5 found the car all over Instagram as being owned by Pure Drive Dubai Motorsports Team and sports car manufacturer Anthony Jannarelly. The social accounts (@jannarelly and @jannarelly_puredrive) also identify the car as being the official safety car of the Pikes Peak International Hill Climb.