La Niña has officially ended and we are now under an El Niño watch for the coming ’18/19 winter.

What does El Niño mean for Colorado? 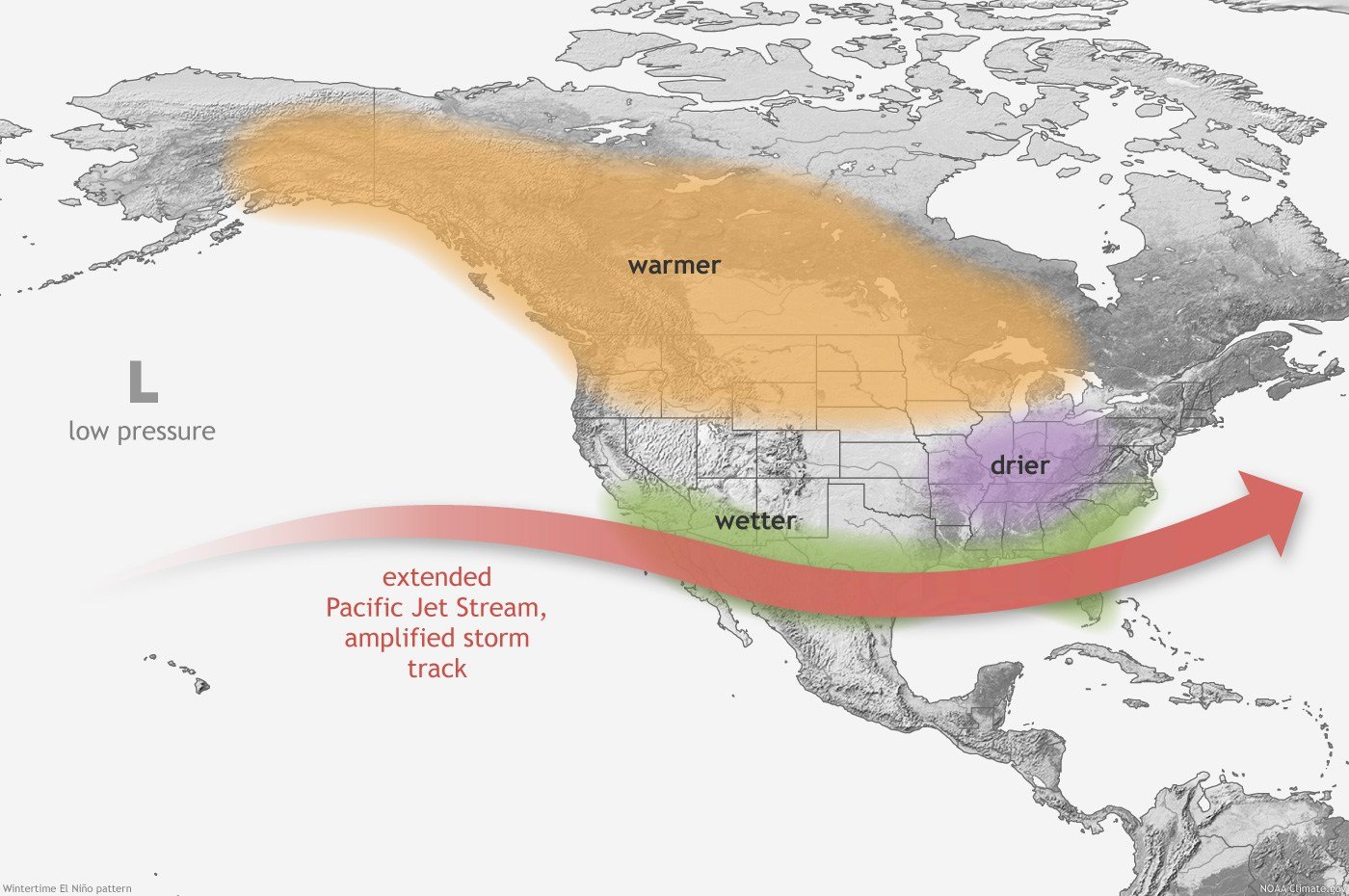 Unfortunately for Colorado, El Niño comes with a lot of uncertainty. As you can see from the diagram, during a Winter El Niño Colorado comes right in between the warmer than average and wetter than average regions.

Temperature anomalies are the most common effect across Colorado during a El Niño phase. This means if El Niño takes hold, Colorado is likely to see below average November through March temperatures.

The precipitation forecasts are the most uncertain aspects for Colorado. There have been very large blizzards during El Niño years, one of the largest being the blizzard in March 2003. Colorado Springs remembers the blizzard of 1997 which occurred during a very strong El Niño phase. Unfortunately, there is not enough consistency through history to say yes, El Niño will give Colorado more or less than usual snowfall.