The Hardscrabble Fire in Custer County is 100 percent contained.

The fire broke out Saturday morning about 1/2 mile south of Highway 96 in the Greenwood Smith Creek area, according to the Custer County Sheriff’s Office.

The fire burned three acres and at one point forced the evacuations of 10 homes. The fire was burning on National Forest land.

Air crews were called in because the fire was in steep, rocky terrain. The smoke was visible in both Fremont and Pueblo counties.

There no word on what caused the fire. 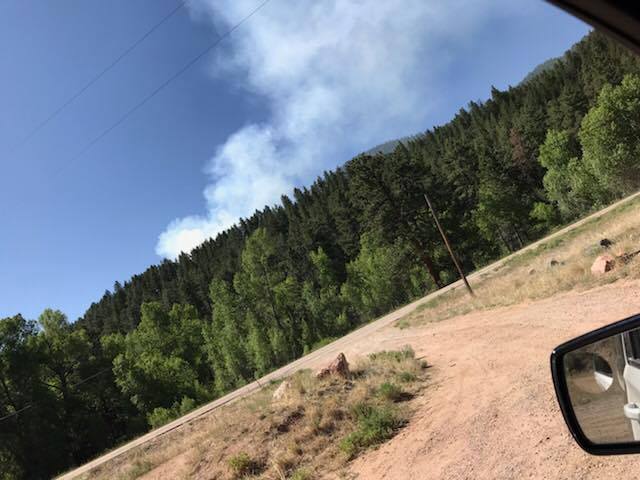