The police chief in Richmond, Virginia has strong words for people who jumped to conclusions on social media following an officer involved shooting involving a nude man.

The department provided a first look at the shooting with the release of the dash and body camera video released in the "interest of transparency."

According to the department, Marcus Peters was hit by a car then started doing snow angels in the street before he jumped up and came towards veteran police officer Michael Nyantaki.

The officer deploys a tazer for 11 seconds then switches to his gun and fires two more rounds during a struggle. From roadside to shots fired it takes 18 seconds. 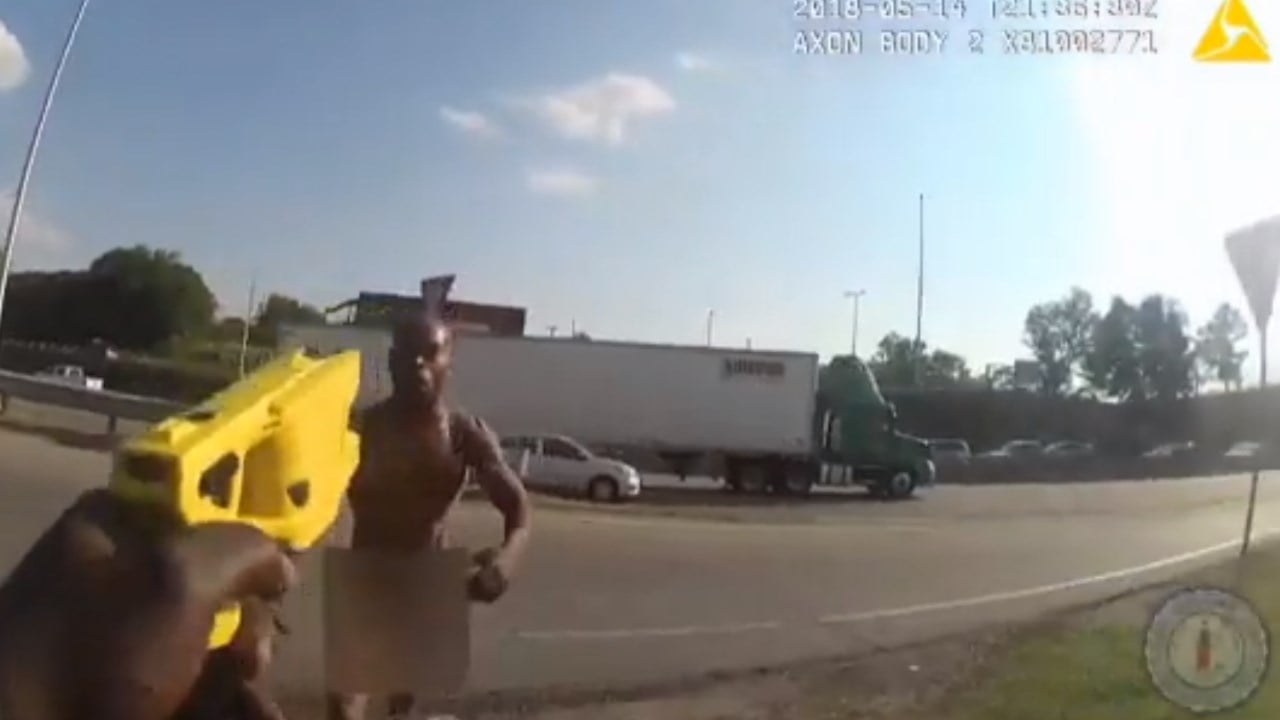 "The same thing that you all saw here is what he family saw because, again, what I first stated ladies and gentlemen, my priority was to the family and my officer. Before I put anything out, that’s respect."

The timeline starts when Peters starts taking his clothes off, then a hit and run witnessed by the officer, two more cars being sideswiped, and a crash into brush along a highway.

Chief Durham says a thorough investigation is underway and he won’t let it be tainted by fallacies and misinformation.

"We want a fair and thorough investigation. Do not pass judgment and if you do … shame on you!"