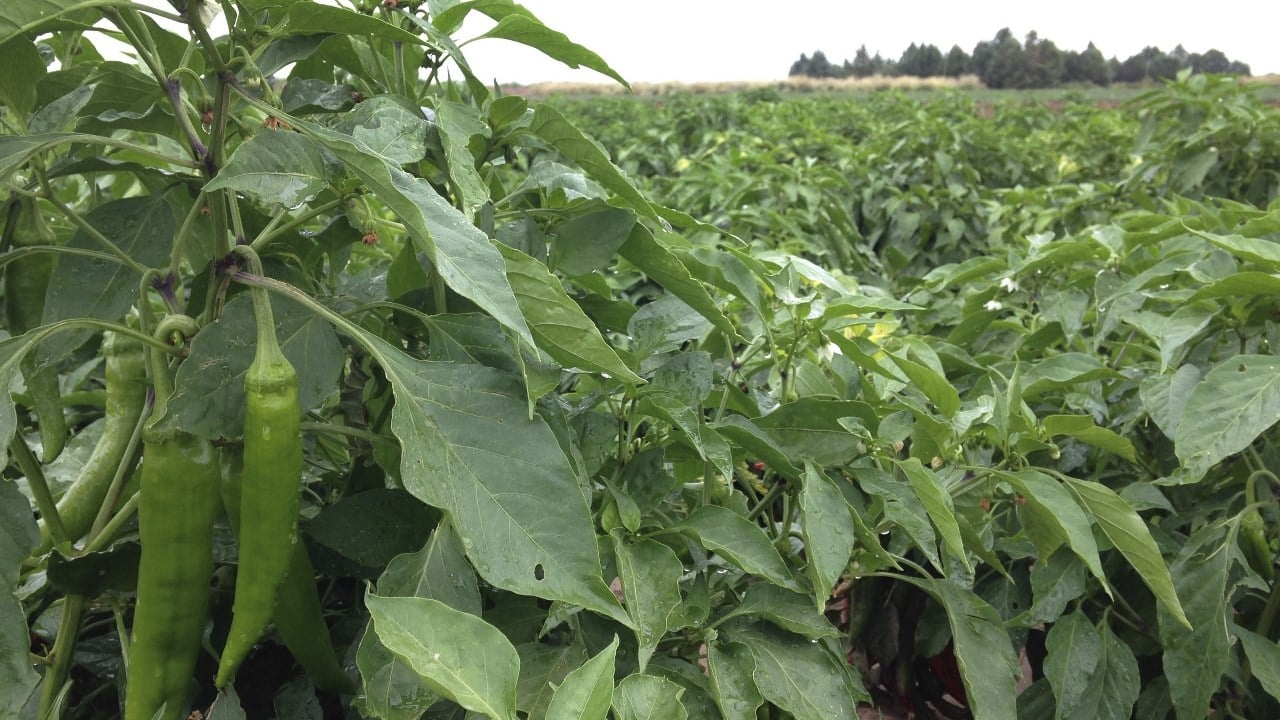 The fight over which state has the best green chiles just got hotter with news of a partnership between the Denver Broncos and a distributor of New Mexico grown products.

It is a seemingly never-ending fight between Colorado and New Mexico over who has the best green products.

New Mexico chiles move into Colorado turf with the Denver Broncos entering into an agreement with 505 Southwestern to promote New Mexico Green Hatch Chile products in the stadium and throughout the Colorado market.

The parent company of the 505 Southwest Brand is Denver-based Flagship Food Group, but all their products are made south of the state border with New Mexico-grown ingredients.

State Representative and Pueblo native Deneya Esgar is red-hot over the deal. She’s been a vocal advocate for our farmers and the Pueblo chile.

She helped bring us the Pueblo Chile license plate to promote local agriculture which will be available for drivers to purchase in August.

Esgar called out the Broncos on her official Facebook page Friday. 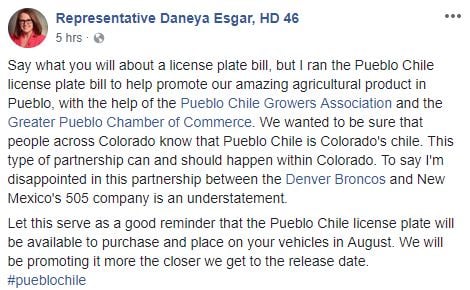 There is some dissent on social media about the sponsorship deal. Flagship Food Group may have known there were going to be some waves with the announcement.

CEO Rob Holland was quoted in the release as saying, "When Roy Solomon founded 505 in the 90’s, Denver was his first ‘big market’ outside of New Mexico.Today, some of our biggest fans are in Denver, and we are proud to consider this market home.”