In the wake of recent school shootings, alongside a large number of fake threats to schools and other institutions, the Federal Bureau of Investigation is rolling out a campaign to educate the community about the dangers of the hoax calls.

The ‘Think Before You Post’ program reminds everyone that these hoaxes are no joke as the FBI and local law enforcement must call on already strained resources to investigate. 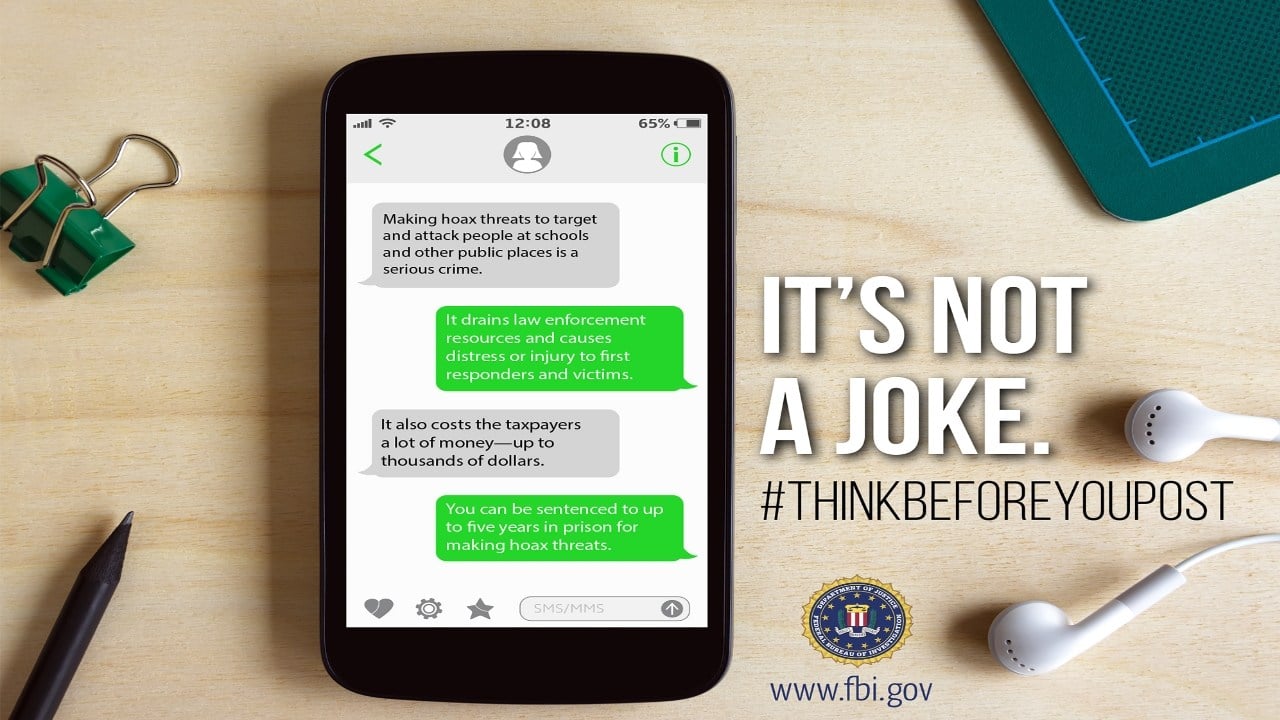 If someone is caught making a fake threat, there’s no laughing about what happened as a result, as the perpetrator could face federal or state charges.

Investigators are seeing people use the fast-delivery of social media to spread false information and many people do not verify posts before helping them spread, possibly causing panic.

If you see something.. say something by contacting local, state or federal law enforcement.

In Colorado there is the Safe2Tell program, created in 2004 in response to the Columbine High School massacre. It serves as a method for children or adults to report potentially threatening activity without their identity being revealed.