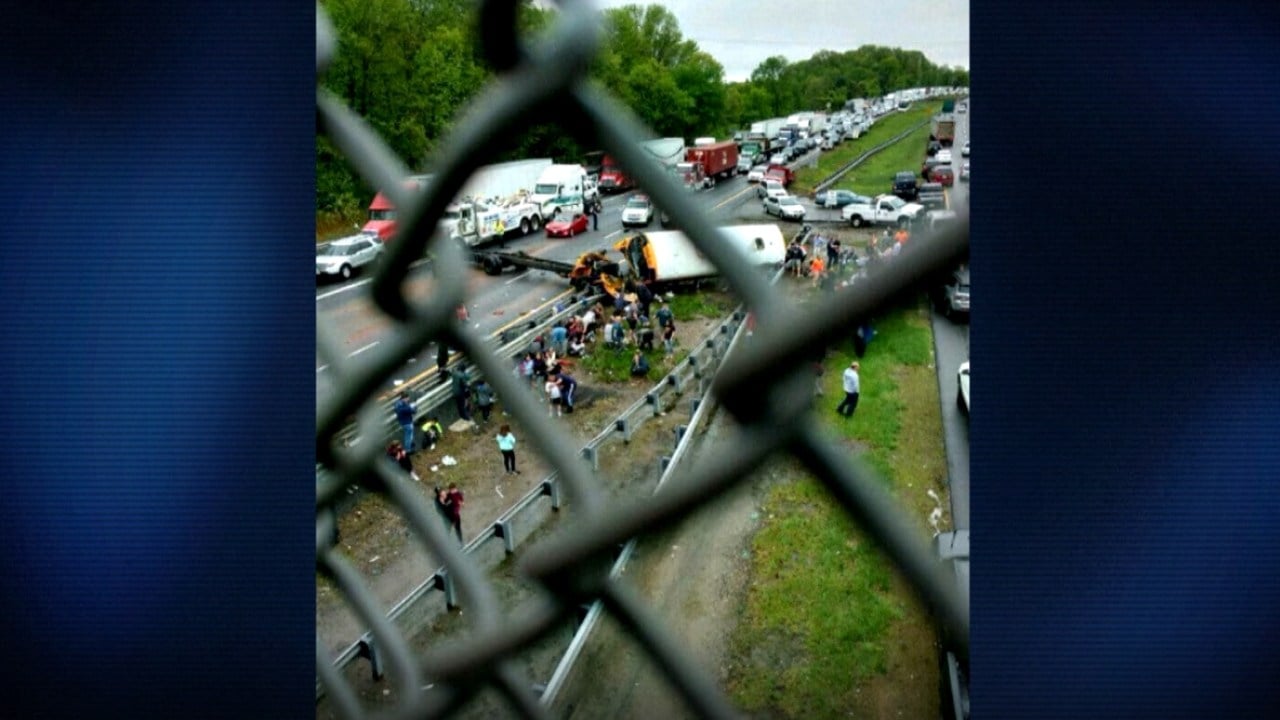 TRENTON, N.J. (AP) – The Latest on the aftermath of a school bus crash with a dump truck in New Jersey (all times local):

The husband of a New Jersey teacher killed along with a student in a school bus crash that also injured dozens of others says he’s "in shock, devastated and totally crushed" by the tragedy.

Kevin Kennedy released a statement late Thursday to News 12 New Jersey, hours after the crash on Interstate 80 in Mount Olive killed Jennifer Williamson-Kennedy and an unidentified student and injured dozens of others.

The bus was carrying 38 fifth-grade students from the East Brook Middle School in Paramus and seven adults. It was headed to Waterloo Village as part of a field trip when it collided with a dump truck.

Kennedy wrote that "my beautiful bride and I have been in total love every day of our lives since the day our eyes met on May 5th, 1994."

Police haven’t commented on the cause of the crash.

Staff members and some students are starting to arrive at a New Jersey school that’s mourning the loss of a student and teacher killed in a school bus crash that also injured dozens of other students.

Paramus school officials say they decided to hold classes Friday at the East Brook Middle School so students and staff could be together and grieve following Thursday’s accident on Interstate 80 west in Mount Olive. Crisis counselors will be on hand to offer assistance.

The bus was carrying 38 fifth-grade students and seven adults, including the driver. It was headed to Waterloo Village as part of a field trip.

The names of the student and teacher killed have not been disclosed.

Investigators are working to determine why a school bus taking a group of fifth-graders on a field trip collided with a dump truck and tipped over on a busy New Jersey highway, killing a student and a teacher.

Police declined to release details about how the crash happened, but it occurred on a stretch of highway just past the exit for Waterloo Village, where the group from East Brook Middle School was headed.

The bus wound up on a guardrail close to a spot for emergency vehicles to make a U-Turn onto the highway. A sign there reads "No Turns."

The impact of the accident tore apart the bus.