Pamela Goddard had her car towed out of her own car port because a tow truck driver thought her car was unregistered.

Now, the Public Utilities Commission is investigating whether the tow company went too far.

There’s a 30-day grace period to renew your car registration before an officer gives you a ticket, but News 5 Investigates learned tow companies don’t have to follow that rule and can tow your car immediately. In fact, even if your vehicle is current on its registration, a tow truck driver can still impound your car if they believe it’s not currently registered.

“I go outside and my 2006 Scion car is not in my carport anymore,” Goddard said.

On May 2, Goddard woke up to find her car missing. At first she thought it was stolen, but she later learned it had been towed.

Although Goddard owns a trailer at the Highland Mobile Home Park in Colorado Springs, parking at the mobile home community is monitored by MNS Towing.

“She (an employee with MNS Towing) said they towed it because it had expired tags,” Goddard explained. “The tags expired April 2018 and I said well I have 30 days and she said ‘no’. She said if I want my car back I have to come in and pay $229.”

According to the tow receipt, Goddard’s car was towed at 12:48 a.m. on May 2. The tow truck driver had marked the vehicle “unregistered”

However, News 5 Investigates found there was no lapse in registration. DMV records show Goddard renewed the tags on April 30th, but simply didn’t have time to switch the tags as she has been caring for her dying husband.

“He’s in hospice at home,” Goddard said. “He has prostate cancer but it’s spread and now his liver is failing.”

A woman who answered the office phone on two separate occasions and identified herself as a manager told us the owner had “no comment” and said no refund will be given.

The Public Utilities Commission, which oversees tow truck licensing, acknowledged they have received a complaint against MNS Towing. 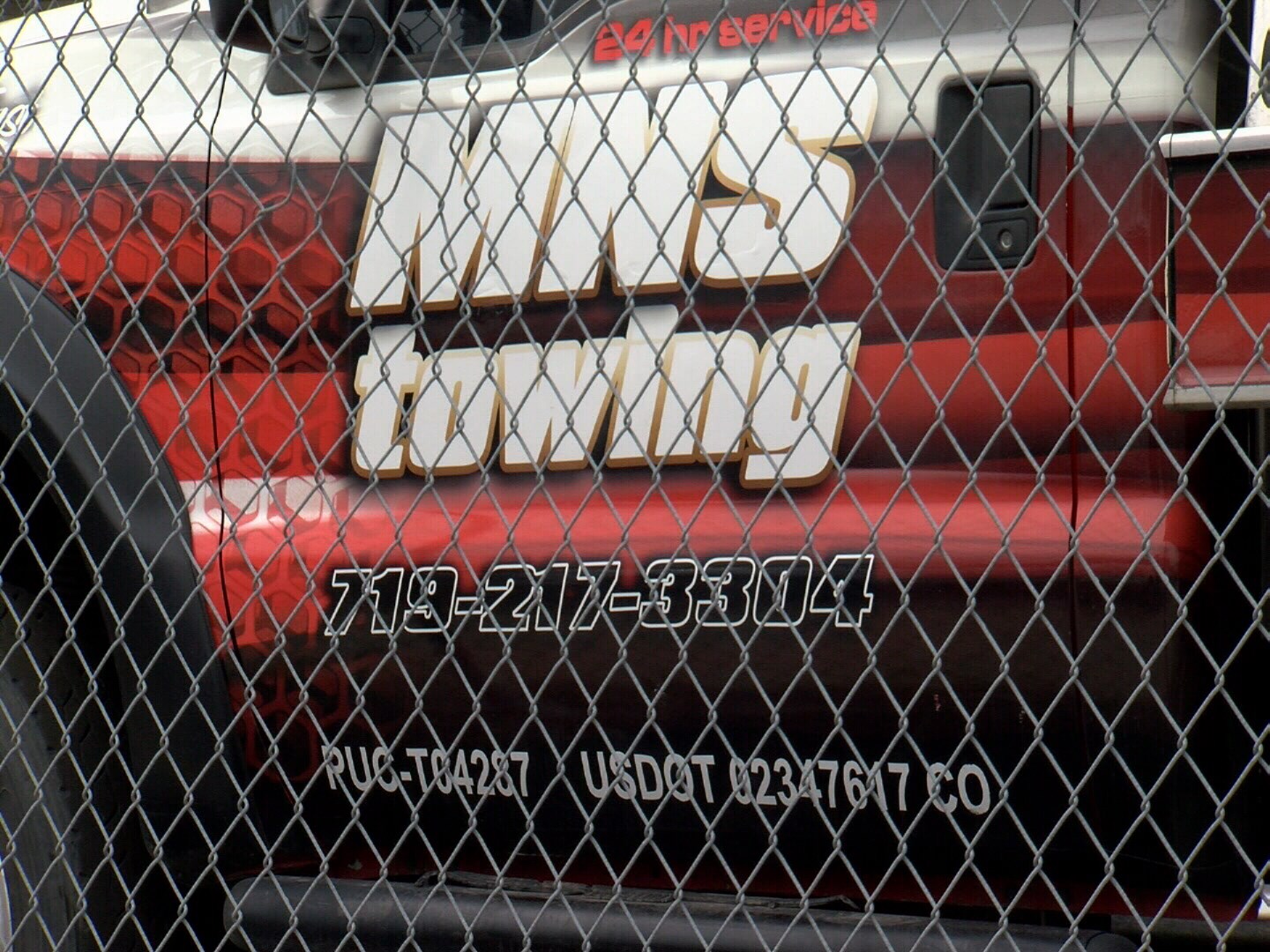 “When we receive a complaint, we refer it to the company to get its side of the story,” PUC spokesperson Terry Bote said. “When we receive a response, our consumer complaint staff reviews it to see if it is in compliance with statutes and PUC rules. If staff believes there was a violation, the complaint is referred to our investigations unit, which will determine an appropriate course of action.”

MNS Towing has 10 days to respond to the complaint.

News 5 also checked with the City of Colorado Springs about towing regulations. A spokesperson said they do not regulate or oversee tow truck drivers who operate in city limits.