A skier is facing assault charges in Summit County after jumping into an unsuspecting crowd at Copper Mountain. 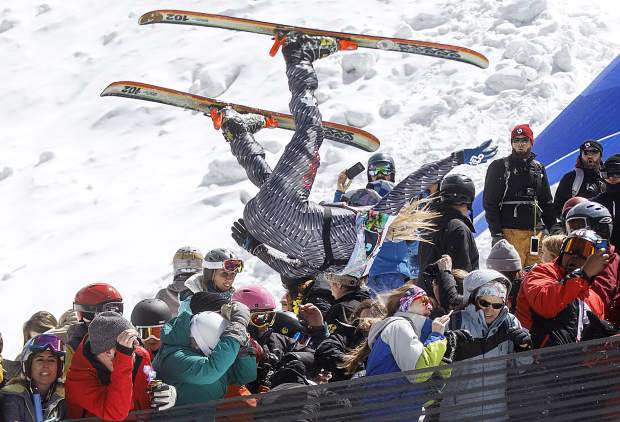 When he landed on the people below him, one woman suffered a broken collarbone and left several others with minor injuries. A photographer with the Summit Daily News snapped a picture at the exact moment that Wright jumped into the crowd.

A witness later told the paper he overheard Wright talk about jumping into the crowd while holding a bloody mary.