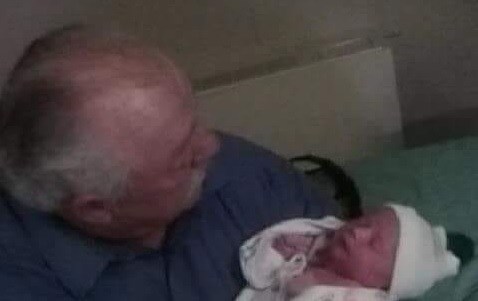 A 65-year old man is facing a long road to recovery after suffering burn injuries from the Double Fork Fire that burned in Boone Thursday.

Tim Sigler, a lifelong resident of Boone, was working on his ranch along the north side of the Arkansas River when the fire first broke out. Sigler’s daughter Jessica told News 5 that Sigler and his son were in one truck working to extinguish any flames from destroying their property, but the fire broke into two.

Jessica and her mother were in another truck, and decided to head back to the house as evacuations for the town were in place. Jessica said the fire jumped the river so her brother got the truck to turn it around, but when he looked back his father was in flames.

Sigler was brought to a local hospital and then airlifted to an ICU burn unit in the Denver-area.

"He’s got third-degree burns to over 40% of his body, so he’s going to have to have multiple skin grafts.  His airway is burnt so he’s on a ventilator, so right now the main thing is trying to keep him free of infection and just trying to keep him comfortable," said Tim’s daughter Jessica Sigler.

Jessica says her father could remain in the burn unit for up to a month if not longer.

A verified GoFundMe page has been set up to help the family with the cost of their father’s medical care. The Sigler family is very well-known throughout the Boone area, and even has a street named after them.

The fire burned nearly 824 acres, and was fully contained by Friday afternoon. A reported 100 firefighters from nine different agencies responded to the blaze.