The U.S. Air Force has identified Major Stephen Del Bagno as the pilot of Thunderbird 4, killed Wednesday when his F-16 jet crashed during training exercises in Nevada.

“We are mourning the loss of Major Del Bagno,” said Brig. Gen. Jeannie Leavitt, 57th Wing Commander. “He was an integral part of our team and our hearts are heavy with his loss. We ask everyone to provide his family and friends the space to heal during this difficult time.” 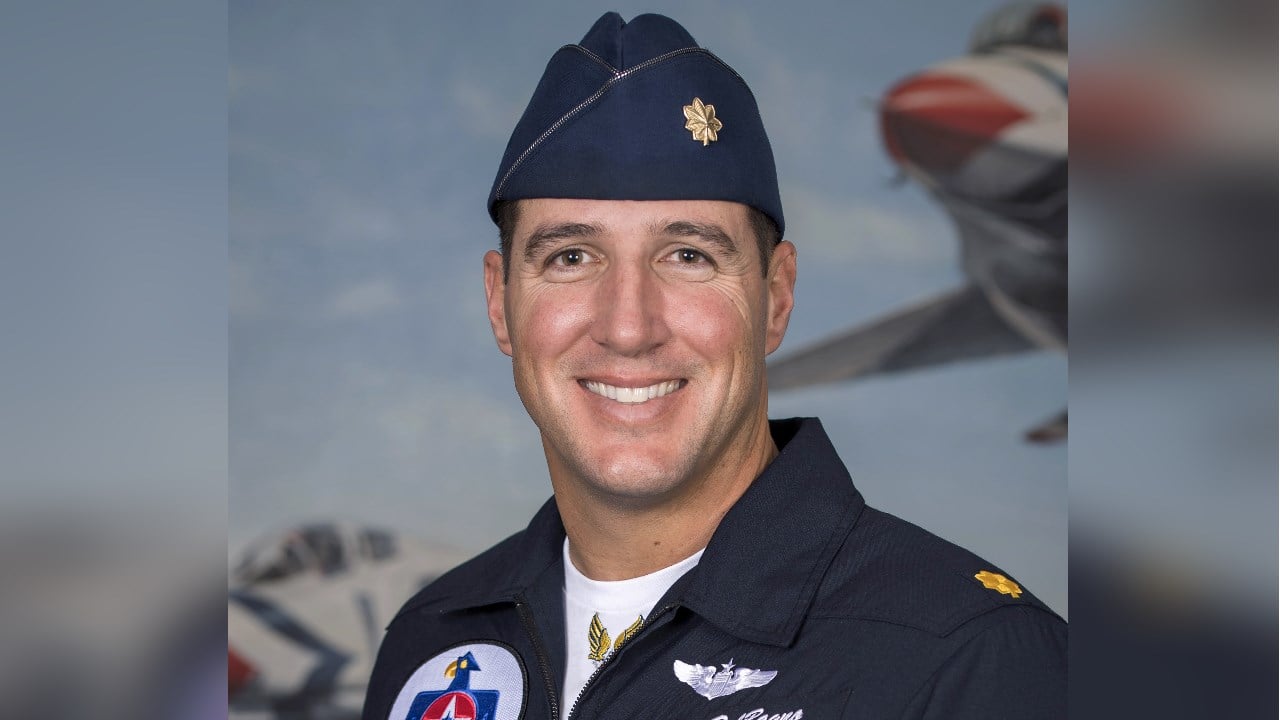 The Air Force said the jet from the service’s Precision Demonstration Team crashed at 10:30 a.m. local time at Nellis Air Force Base. An investigation is underway to determine the cause of the crash.

The accident has caused the Thunderbirds to cancel their show for the weekend of April 7th at March Air Reserve Base in southern California.

It is unknown if this incident will impact the remainder of the Thunderbirds 2018 schedule.

This is the third Thunderbirds crash within the past two years.

According the the US Air Force, Del Bagno is a 2005 graduate of Utah Valley State University who received his commission from Officer Training School in 2007. His prior experience includes work as a civilian flight instructor, corporate pilot, skywriter and as a banner tow pilot. He previously served an an F-35A Evaluator Pilot and Chief of Standardization and Evaluation, 58th Fighter Squadron, Eglin AFB, Fla.