Carol Colby, 86, has three first responder agencies fighting over money after she passed away in January.

The battle is brewing between first responders and Colby’s family, who wants the cash to save her home, pay off her debts and cover funeral expenses.

Now, all three agencies are calling on their attorneys for help and legal advice.

Following her death, Colby wanted to donate to multiple first responder agencies and have all her debts paid off but News 5 Investigates discovered, when the names listed in your Will differ from names listed on life insurance policies, you could find yourself in a legal mess.

Kellie Johnson says her family has a lot of memories inside her grandmother’s Woodland Park home.

“This is where we’ve spent every holiday, every birthday,” she said. “To sell it would be devastating.”

According to Kellie, her grandmother left the family with about $30,000 in unpaid bills. As executor of Colby’s last will and testament, Kellie is responsible for paying the debt.

“A creditor can put a claim in against the estate,” Kellie said. “That executor (me) can be ordered by a court to liquidate their assets to satisfy that debt.”

Kellie discovered there was a way to pay off debt without having to sell any property after learning Colby had taken out two life insurance policies with approximately $60,000 that would be divided evenly among the N.E. Teller County Fire Department, Woodland Park Police Department, Teller County Search and Rescue and Woodland Park Ambulance Service, which now operates as Ute Pass Regional Ambulance District.

“I told each one of them first off, I know legally you don’t have to do it (reject the money),” Kellie said. “I’m just asking, as her granddaughter, as her family, would you please respectfully decline the money so that we could pay her debts, pay her bills, and save her house so it’s not having to be sold to pay the bills.”

Kellie says she told all four agencies she’d be willing to donate the rest of the money once the outstanding debts are paid.

The Northeast Teller County Fire Department was the only agency to reject the money.

“We just had our board of directors meeting,” Fire Chief Tyler Lambert said in February. “The board voted not to receive the claim.”

Woodland Park Police Chief Miles DeYoung said the issue would have to go to city council for vote on April 19.

The Ute Pass Regional Ambulance District consulted with their attorney who advised them they are legally entitled to the money. No official decision has been made.

Then there’s Teller County Search and Rescue, who Kellie says she is most upset with after the organization’s president, John “Jake” Slaughter, sent an email saying his agency was accepting the money. The decision came following a vote from the board of directors.

“He proceeded to tell me that the board felt this was her way of saying ‘thank you’ for all that you did,” Kellie said. “I proceeded to ask what he was talking about.”

Teller County Search and Rescue claims they actually saved Kellie’s grandmother who was lost in the woods nearly 20 years ago. 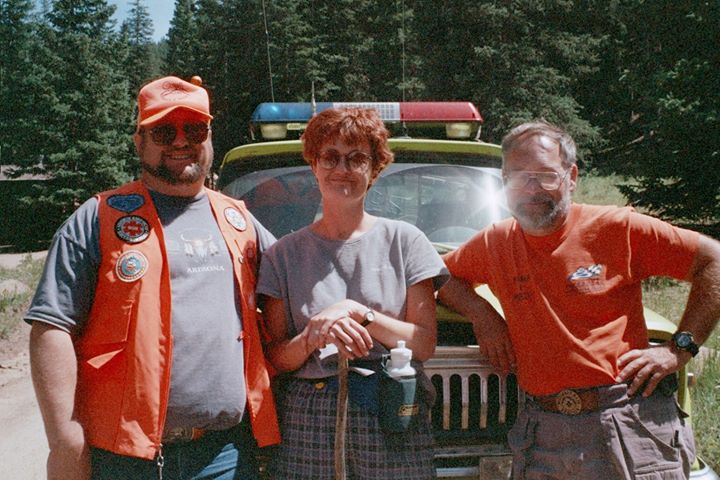 In an email obtained by News 5 Investigates, Slaughter explains they found Colby in a valley and even sent Kellie pictures of her grandma, grandpa and brother following the rescue. 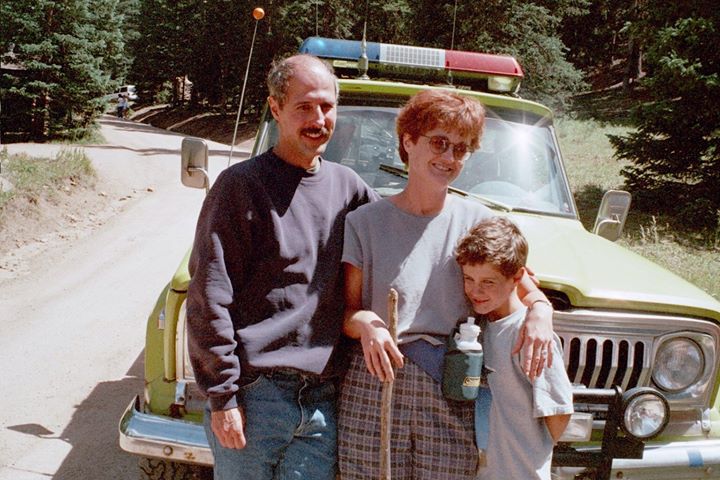 “They are not of my grandma, or my grandpa or any of my brothers,” Kellie said.  “I sent them pictures showing this is not her.”

Colby was born in 1931, so if Search and Rescue’s account of saving her in the late 90’s was true, this means Colby would have been nearly 70 years old at the time the above photographs were taken.

Kellie sent News 5 Investigates pictures of what her grandmother and grandfather look like. 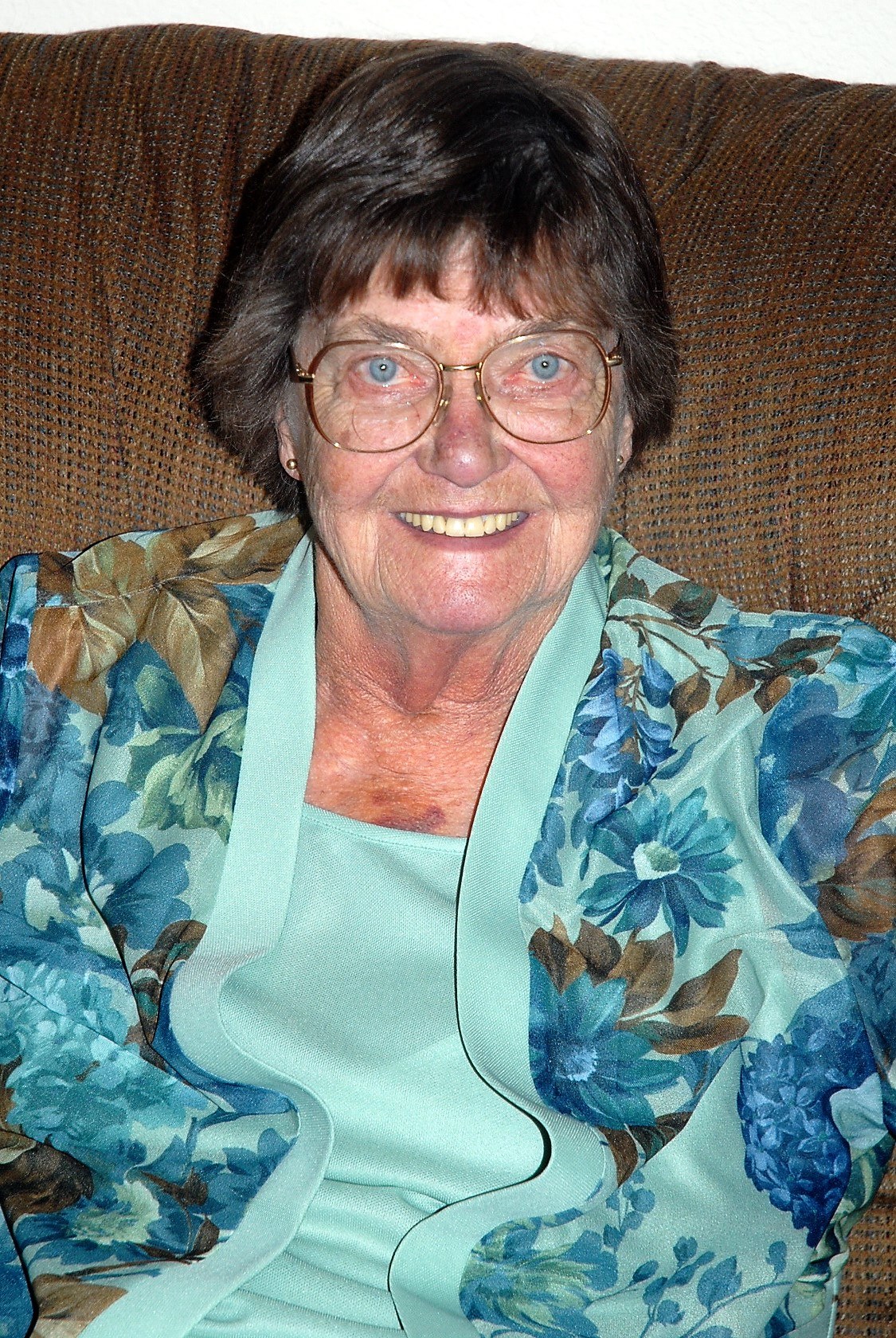 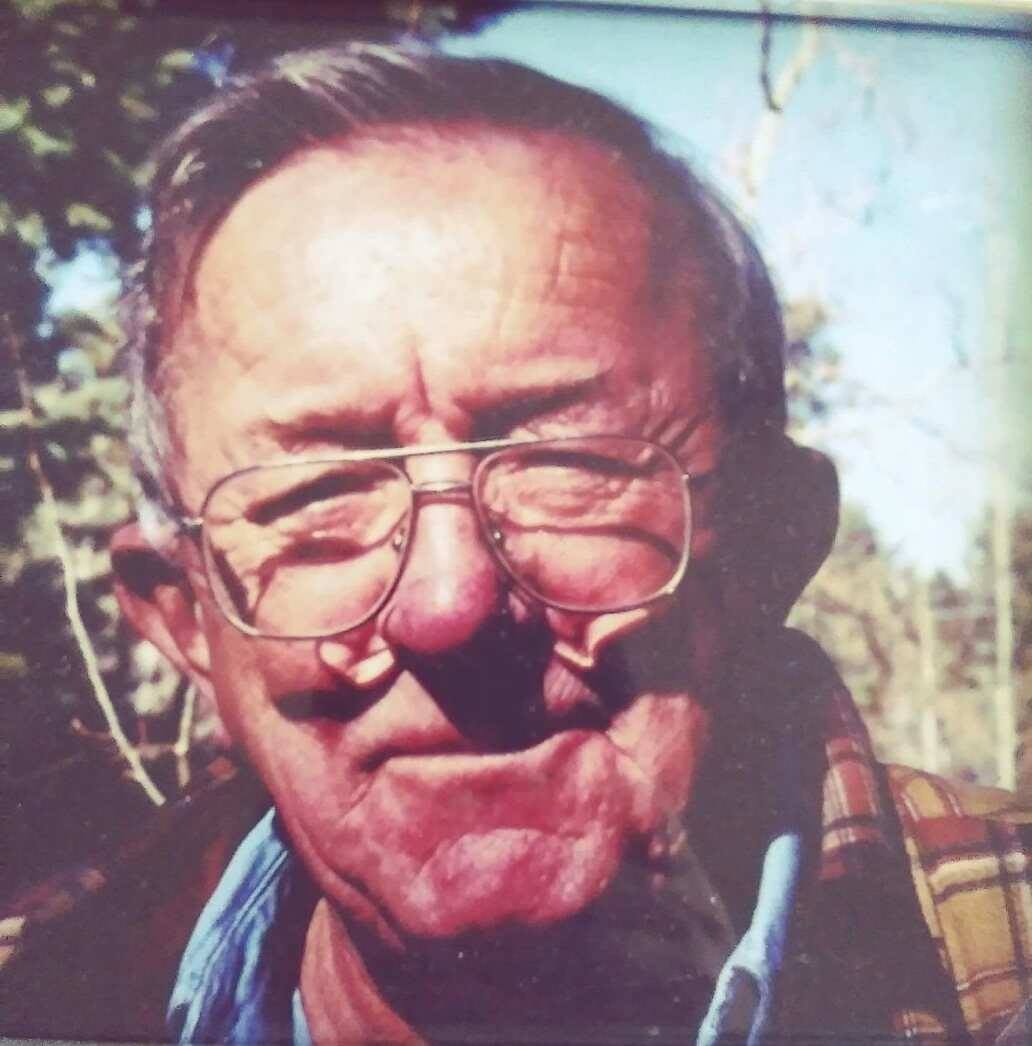 “It must be remembered that your mother’s life was saved by Search and Rescue when she was lost years ago in the woods,” attorney Michael Slivka said. “It seems obvious that her wish was to continue the good work done by this organization.”

Kellie is upset—calling this story false.

“She has never gone missing,” she said.

After News 5 began pressing Search and Rescue for answers about the credibility of the photos they sent Kellie, Slaughter backtracked.

“Whether or not she was saved by Search and Rescue is irrelevant,” Slaughter said. “I’m sorry I sent out those pictures. I thought I was doing a nice thing. Hey I think I found a picture of your grandma and our team seems to remember it. Are those pictures of Miss Colby? Maybe. Maybe not. I don’t know. How could I possibly contest that they were?”

“This money will greatly benefit the organization and it was specifically set aside for our organization to use,” Slaughter said. “Yes, she (Kellie Johnson) doesn’t want to sell the house and you know what, she doesn’t have to sell the house. She can take out a mortgage. She could take out a mortgage for $20,000. What would that payment on that be—practically pennies.”

However, Kellie doesn’t want to go into debt to pay off debt.

“You’re more worried about how much money you’re going to get than helping this family who may potentially have to give up everything to pay these debts,” Kellie said. “Everything in this house will have to be sold piece by piece until the debts can be satisfied.”?

Q: Is a Will different from a life insurance policy?

A: Yes. Life insurance policies are paid out to a beneficiary, regardless of whether the beneficiary is named in a Will. These are two separate documents.

Q: Does a Will take precedent over a life insurance policy or annuity?

A: No. Although wishes may be written out in a will, it does not change the beneficiary of a life insurance policy.