The local non-profit organization accepts public donations and grant money, but won’t explain where that money actually goes unless you pay their membership fee.

Through public tax form filings, News 5 found the organization spent thousands of dollars on meals, entertainment and office supplies. One year, the non-profit spent more money on employee salaries than it did on benefits for police officers—the very group of people they serve.

Chief Investigative Reporter Eric Ross spent weeks asking the organization’s executive director, Sherryl Ann Dillon, to sit down and explain how the non-profit is spending money, but she refused.

Ross caught up with Dillon as she left work to give her a final opportunity to answer questions.

As soon as Dillon opened up the office door leading to the parking lot, she immediately said, “Oh hi, Eric. No comment.”

“We’ve been trying to talk with you for weeks about your organization’s finances,” Ross said. “Why won’t you talk with us about them?”

“Excuse me,” Dillon replied as she got into her car.

Since Dillon was not willing to go over non-profit financial documents, we reached out to experts familiar with how organizations like the CSPPA operate.

“They are dealing with public money,” CSU-Pueblo Lecturer Wayne C. Martinez said. “Grants also come from public money. I think that answering questions would be something to be encouraged.”

Prior to teaching at the CSU-Pueblo Hasan School of Business, Martinez ran an accounting firm. He also serves as a board member for a non-profit in southern Colorado.

Martinez is not affiliated with the Colorado Springs Police Protective Association or its board members, but he was willing to answer questions about non-profits in general.

We asked Martinez whether it is rare to see a non-profit organization spend more money on employee salaries than on benefits to the community its mission is to serve.

“Is it uncommon? I say that it is,” Martinez said.  “I think it’s very important the community understands where their money is going and it shouldn’t be unreasonable to ask what percentage goes to executive salaries. I think that’s a reasonable question.”

Sherryl A. Dillon took over as executive director of the CSPPA in the middle of 2015.

“The executive director salaries are about 10 percent of gross (revenue),” Martinez said. “That would be reasonable.”

However, Martinez says there is no “standard” or “requirement” for setting salaries in the non-profit world. It’s ultimately up to the board of directors to set what they think is a responsible salary for the organization’s leader.

“Most non-profits are very responsible,” Martinez said. “As you sit on the board of directors, you have a fiduciary responsibility not just for the people you employ, but the community as well.”

Here are the actual salaries obtained by News 5 Investigates from 990 IRS tax forms:

Between 2013 and 2015, the Colorado Springs Police Association spent nearly $25,000 on meals and entertainment, $17,000 on office supplies for a facility that we’re told only have a full-time executive director and office secretary, and an additional $19,000 on “other expenses” Dillon won’t explain.

“If I asked a specific question like that to the organization and they would not give me what their overhead is or what their fundraising expense is, I would choose not to support that non-profit,” Janet Fieldman, a financial advisor said. “I would find another cause and another mission that I care passionately about.”

Fieldman has also served on multiple non-profit boards in Pueblo. She says the majority of non-profits are transparent with the public.

Prior to meeting with Fieldman, News 5 Investigates sent multiple emails to Dillon. Each time, Dillon said our questions related to their spending is “not available for general disclosure”. However, Dillon did say the organization holds itself accountable to its membership (or members).

Members of the CSPPA include sworn and civilian employees and retirees of the Colorado Springs Police Department and pay membership fees.

Chief Investigative Reporter Eric Ross asked Dillon, “You say you hold yourselves accountable to your members, but shouldn’t the public hold you accountable?”

The Colorado Springs Police Protective Association also has a “Fallen Officer Fund”. On their website, it says 100-percent of donations goes directly to the assistance of officers in need, but the organization refuses to provide evidence to back it up and News 5 Investigates was unable to ask any further questions as Dillon had closed her car door and started to drive away.

Although the organization is funded through grant money, membership fees and public donations, Dillon did say via email that the CSPPA is a “private entity and thus, any information beyond the publicly accessible 990 forms is not available for general disclosure”.

“The industry standard in non-profit management is at least 75-percent of the funds raised for a specific cause or project by a non-profit should go directly toward that effort,” Fieldman explained. “No more than 25-percent should go toward overhead that’s associated with personnel and supplies that are not related to the actual event.”

Non-profits are not required to post detailed accounting records or attach spending receipts on 990 tax forms submitted to the IRS.

Chief Investigative Reporter Eric Ross asked Martinez, “Is it a red flag if an organization cannot specifically explain what it spends money on?” 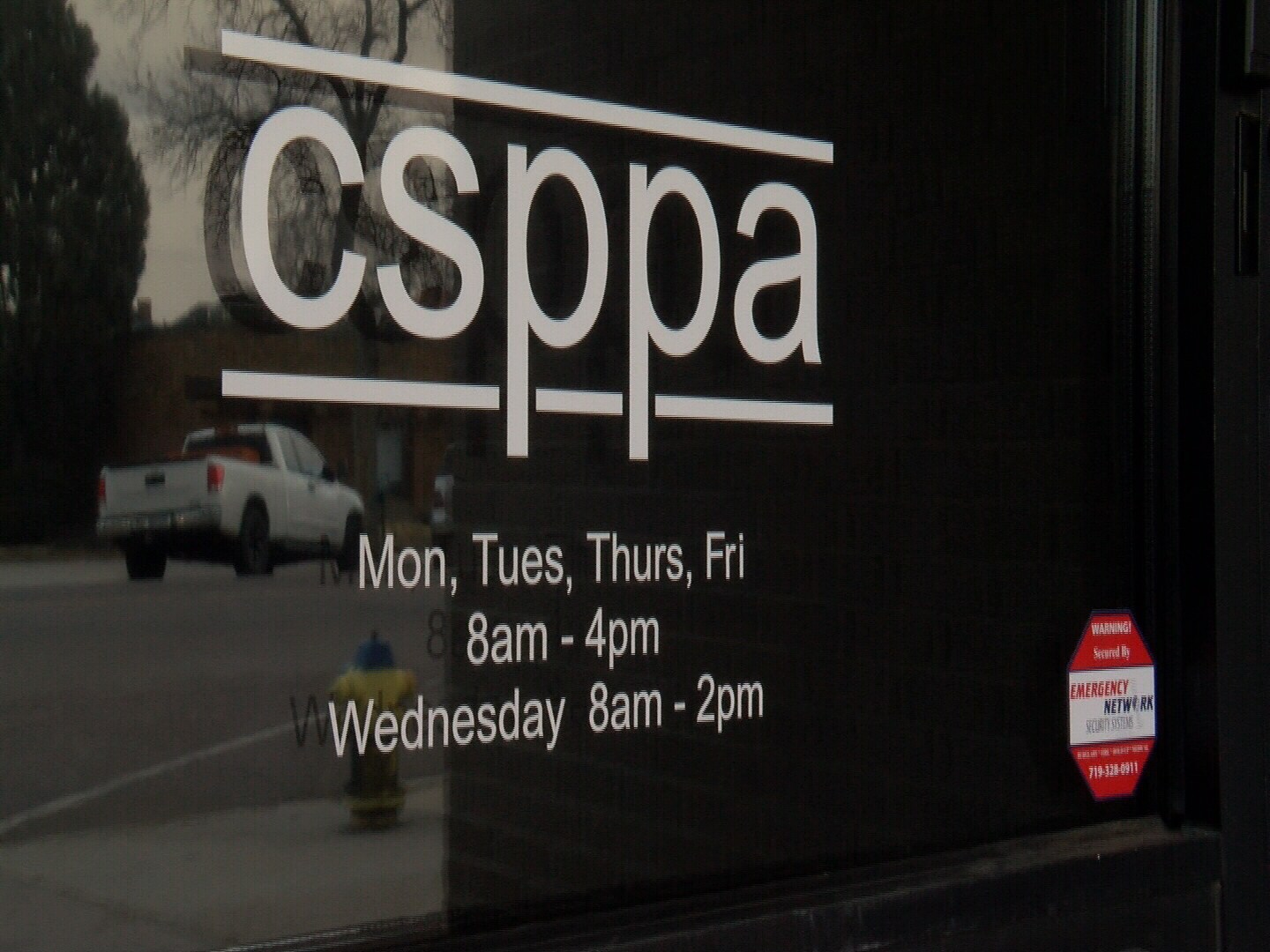 Total revenue collected between 2013 and 2015 by the Colorado Springs Police Protective Association: $1,323,206

Keep in mind, there is no law requiring non-profits to publicly disclose how they spend money, even if that money comes from public grants and donations.

Financial experts always encourage people to check out an organization’s history prior to giving money.

We asked the Colorado Springs Police Department whether they or the CSPPA ever solicits donations via telephone.

A spokesperson for the police department initially refused to answer our question, but later said CSPD would not solicit donations via telephone and could not speak for the PPA (CSPPA).

The 2016 990 tax form was not publicly available at the time this story aired. It has since been uploaded and can be found here.